Mysteries under Lake Ophelia is a creepy Lo-Fi Fishing Game

Mysteries under Lake Ophelia is a creepy Lo-Fi Fishing Game.

One of my favorite games in 2020 was Fatum Betula. It’s a disturbing, first-person lo-fi adventure by Bryce Bucher. When Mysteries under Lake Ophelia appeared on the Switch eShop, I couldn’t resist checking it out. The game’s charming style and simple mechanics won me, even though I am not a big fisherman.

Mysteries under Lake Opheliais aren’t recalling sim. It’s reminiscent of fishing minigames like The Legend of Zelda: The Ocarina of Time. Imagine yourself as a child fishing in a strange lake for fish. To cast your line, you need to press a button. Then you can reel it in by holding the button. After they bite down on the hook, fish will pull at it, so it’s a matter of timing your button presses to reel it in. It’s simple enough to do, but it is complex enough that you need to pay attention.

You start the game with a line and lure that you can cast far or sink deep. However, you can upgrade your gear by selling your catch to a man sitting at the campfire. These are the elemental Mysteries under the Lake Ophelia loop: fish a lot, make money, then get access to more profound and further reaches of the lake. You might start to notice a strange glow in the middle of the lake. I won’t tell you what it is, but suffice to say, this is a Bryce Bucher-type game, and visually sensitive people might want to look at the warnings when the computer first boots up.

Mysteries under Lake Ophelia has it all. You can cook fish and find hidden lures in the lakes and nearby ponds to increase your luck. You can also chat with the stranger who sells gear. This is all there is. This is all it needs. It got me across the country, and although I wish there had been more buildup or withheld the ending, it still strengthened my appreciation for Bucher’s work. I cannot wait to see his following projects.

Mysteries under Lake Ophelia is a creepy Lo-Fi Fishing Game 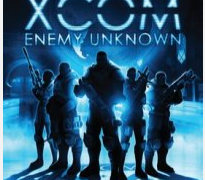