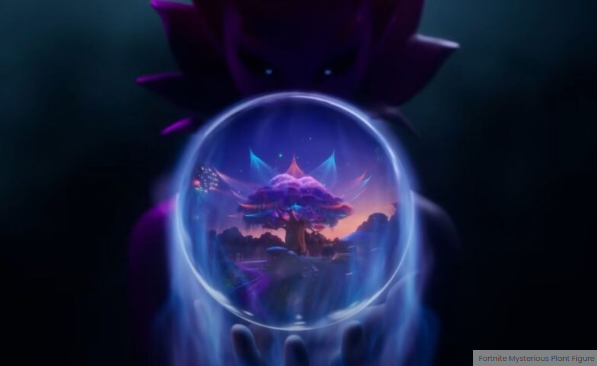 That biodiversity also brought out a mysterious silhouette, which someone thought might be an important part of the story. You can see her Fortnite debut here.

This character, with no previous ties to Fortnite and a face that is different from Geno, the main antagonist of the game, is completely new to the Fortnite world.

This haunting sight was originally revealed in player surveys to collect player opinions on new cosmetics. Its beautiful, rose-tinted beauty could be a terrifying force. Two different surveys revealed two possible versions of this character.

This Soil Susan’s neck ornament is made of geometrically perfect petals. It has design motifs that are similar to the Fortnite alien invasion. It’s unclear if this relationship is accidental or not. However, leaks suggesting the Cube queen would return in Chapter 3 suggest that seeds could be planted to create yet another Armageddon. We are missing Neil Patrick Harris, her voice after this series of tragic events.

The Reality Tree will likely expand its realm as the season progresses. This will strengthen the character’s grip on a world that is just Vibin’. The narrative quests with the same name will likely reveal the outcome of whatever happens. These could include new voices telling players how to do their heavy lifting, as usual. Perhaps the game’s endless chain of antagonists will finally be broken by a helpful fortune teller, which could shake things up in its 23rd season.