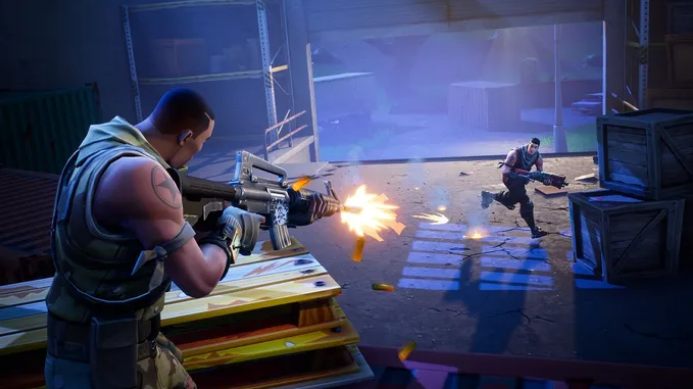 Everybody’s favorite mid-air bus ride simulator Fortnite continues drawing attention from some of the biggest content creators in gaming as it closes to Chapter3 Season 3.

Both Ninja and Disrespect are popular streamers who have tweeted about the game over the past 24 hours. However, their posts reflect a very different view of the current state of the game.

One of them announced an event in the game this month, while another would prefer that a gun not be there anymore.

First, Tyler ‘Ninja” Blevins, who recently resurfaced as an icon skin in the game, has asked its developers to take out one of the shotguns. He believes it makes the game less enjoyable to play.

The streamer tweeted, “Fortnite would have a much better position for no builds if the Un fun gun(drum shotgun),” referring to the official Fortnite account. He also added about the gun: “(it] takes zero skill and destroys the shotgun fights.”

Dr. Disrespect, real-name Herschel Beahm has announced that he will host an event called “Hot Shot Duo Drop”, which will see players compete against each other in elimination races with zero builds.

The winner will receive a $100k grand prize at the event scheduled to take place on May 27.

Beahm was also in the news after being called out by YouTuber Harley Morenstein for an influencer boxing match and via a string of hires from his game studio, Midnight Society.

The streamer also tweeted his frustrations with YouTube Gaming, a platform that allegedly offers little support for creators. Some fans encouraged him to switch to another platform.

Ninja explained, however, what happened to his plan to participate in an EVO Super Smash Bros Tournament back in 2019, during a live stream that featured fellow influencers Ludwig, MrBeast, and others.

Follow us to get more information on streamers such as Ninja or Dr. Disrespect.