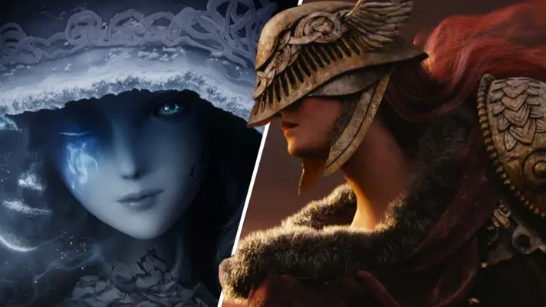 A massive new survey asking players about their favorite aspects of the game led to some interesting findings.

FromSoftware’slatest video game has attracted a wider audience than ever, which brings a wide range of opinions from both veteran Souls fans and newcomers.

FromSoftware commissioned the survey and Famitsu, a Japanese gaming outlet, conducted it (translated by FrontlineJP via NME). The survey asked around 1700 participants to answer questions about Elden Ring. It covered everything from favorite NPCs and builds to more general aspects of the game they enjoyed the most.

There are many fascinating statistics to peruse. Most respondents had completed the game at level 150 or higher and averaged between 100-150 hours.

Vagabond was the most well-liked starting build. Most players prefer to spend their points on upgrading Vigour whenever they can. The Mimic Tear Ash, which was surprising to no one, was the most popular summon.

Elden Ring was loved by most players more than its open-world design. Caelid was named the most memorable place on the map. It is difficult to forget this particular nightmare. Limgrave, Leyndell and Royal Capital were also at the top of this list, while Mountaintop Of The Giants, which is quite barren, was last.

Blaidd, Iron Fist Alexander and Ranni were the most popular NPCs. Starscourge Radahn was voted as the best boss by a great distance. Margit and Malenia came in second and three, respectively.