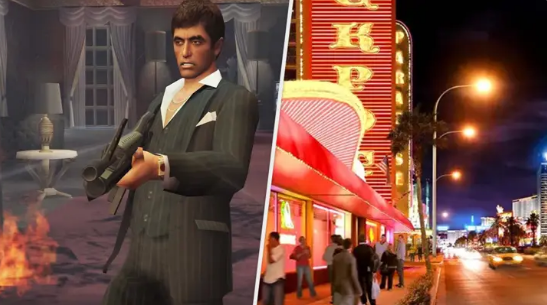 It is the late 2000s. It was not known that Scarface, The World Is Yours, was being developed. The original 2006 title was quite impressive. It was released on the PS2 and Xbox. Although the ending was different, the action-adventure was released on the PC. It was very well received (the PS2 version has a respectable critic score (75) on Metacritic and a much higher user score (8.5).

It’s no surprise that a sequel was in the works. But, as you probably guessed, based on the fact nothing was ever released, this story doesn’t have what fans were hoping for. VGC reported that we just found out in one go that the game was available… but it was quickly canceled. We also saw the actual thing to add salt to the wound. It was very promising, unfortunately.

How did we find this information? Ex-employees at Radical Entertainment released a lot of screenshots and concept art from the game, which was then compiled into a YouTube video by Mafia Game Videos. The game would be set in Las Vegas. We can see the famous Las Vegas Strip and the surrounding desert in the artwork. One screenshot also shows what appears to be a casino lobby. The title was officially canceled after Activision bought the studio according to the video description. They immediately laid off half of Radical’s staff.

These visuals have been floating around the internet for years. As VGC pointed out, the screenshots had been available for everyone to see on employees’ ArtStation profiles for years. However, they have just been brought to light with this video compilation. It’s a bittersweet feeling. Perhaps one day, we will get the sequel that we have always wanted.