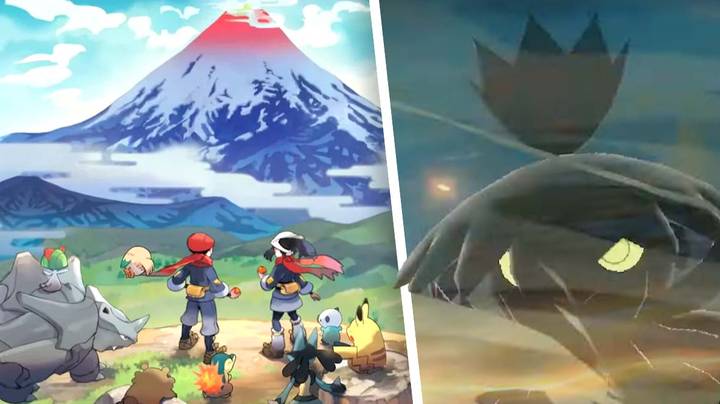 Pokemon legends: Arceus will finally be here by the end of the week. I have to be completely honest, each hour passes and I feel closer and closer to exploding in the excitement. I know I’m not alone.

Just to add a few Mentos to the metaphorical Coke and shake it, a new trailer has been posted on the Pokemon YouTube channel. They’ve just confirmed that the Hisui starters Rowlet, Oshawott, and Cyndaquil will have regional final evolutions a few days before launch. See it below…

Hisuian Typhlosion and Decidueye are real. They have decided to tease the audience by showing only brief silhouettes of each evolution rather than actually showing them. With some careful pauses, you can still see some details. Decidueye appears to be wearing something that looks like a traditional samurai straw cap (akasa), which I find quite neat.

Fans speculated whether we would get Hisuian versions of the starters as soon as they were released. It’s not surprising news but it’s welcome nonetheless. This could influence the starters that everyone chooses on launch day, it’s certain.

There are also many Legends: Arceus leaks flooding the internet right now. This is either very good or very bad news, depending on how you view spoilers. If you want to see the evolutions in their natural state, you can do so by clicking here. You might consider getting some keywords on Twitter if you are like me and want to avoid spoilers. You could also choose to stay in a WiFi-free bunker over the next few days. This option is probably safer.