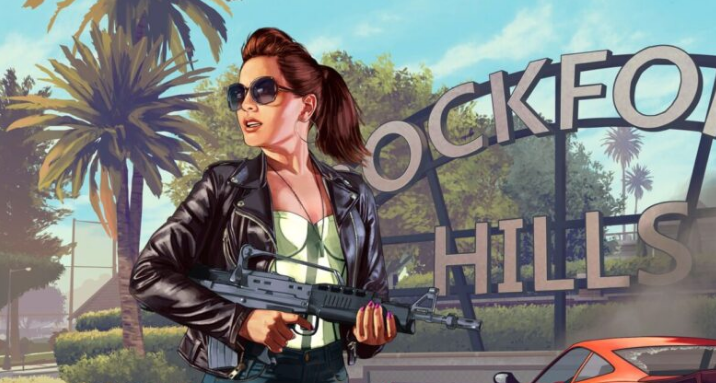 GTA VI, despite not being fully revealed yet, is already one of the most anticipated games ever. GTA VI is arguably the most successful and popular game of all time. A follow-up will likely surpass every expectation. According to a recent Bloomberg report, GTA VI’s setup and premise sound incredibly promising.

Bloomberg and Jason Schreier report that GTA VI will take place in a modern version of Vice City. Miami inspires the surrounding area. This is a great opportunity, considering Vice City is one of the most iconic locations in GTA history. Rockstar will also give GTA its first female protagonist, which has been long overdue.

GTA Online players will be aware that they can also play as female avatars. They don’t have voices but are reactive and emotive during cutscenes. This allows them to develop a personality. You can also customize your GTA Online avatar to reflect your personality. GTA VI’s female protagonist may not be the first in GTA history, but it will be the first time that they have their voice, their motivations, and their personality.

According to the report, GTA VI will feature a Latina protagonist in a playable couple of characters. The dynamic between the two characters will be reminiscent of Bonnie and Clyde. Although the Bonnie and Clyde tale is one of the most famous crime stories ever told, it’s difficult to imagine games that have used this dynamic to tell a story. GTA VI will feel fresh because of that.

The real highlight of the news is that GTA VI will feature a female protagonist. This will make GTA more interesting, despite what the chuds (specifically those who furiously posted misogynistic nonsense about the report) think. This development was long overdue.

In the GTA series, players have always experienced the main story only from the male perspective. This has limited the agency and involvement of women in the story to damsels in need or sexual objects that can revolve in front of the player’s avatar to earn virtual cash. It was difficult to imagine female characters in GTA Series, especially before GTA V. This article would be impossible if they were so inconsequential.

CJ’s sister is in GTA San Andreas. Her role is defined only by her men friends and Catalina in San Andreas. Catalina is more interesting and memorable than CJ, but it’s a problem when the most prominent female character in GTA: San Andreas is a one-dimensional villain.

GTA V offered more interesting female characters, with Michael’s wife Amanda and daughter Tracey. Although they were more involved in Michael’s story and featured than others, they still spent much time annoying Michael. They were mainly there to get rid of Michael, trade barbs with him, or rescue/protect him from something.

The most disappointing thing, at least for me, is that I vividly remember reading about GTA IV’s alleged leaks in the Official PS2 Magazine. It showed a female character as a playable character. The screenshots also featured UI elements consistent in the PS2/Xbox era GTA games. Although it would eventually prove to be fake, it seemed plausible back then. It did, at least to my 12-13 years old self. It’s a shame that it took nearly 15 years to become a reality.

Rockstar is commended for improving its representation of women since GTA V, particularly with Red Dead Redemption II. Sadie Adler, a fascinating female character in RDR 2, is even though there misogyny in the game’s setting. She could easily have been a damsel being dragged through RDR 2 by Dutch’s gang. But she transforms into a powerful, capable badass and should be given her own spin-off game. Rockstar, make it happen.

GTA VI’s inclusion of a woman and a person of color in the story will offer so many more opportunities for representation of an entire community of players that have been playing the game for years but have never seen them on the screen. It’s more than “white man commits a crime.” Let’s hope that this “constantly updating” malarky does not mean GTA VI will be going full-time live service.