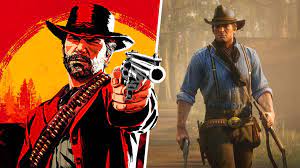 If you missed the sad news, Rockstar Games revealed that they don’t plan to do much to end the stagnation poor Red Dead Online has been experiencing for more than a year.

Players have been campaigning for the studio’s update to the game. This has been going on for months. The studio has now stated that they do not plan to deliver any significant themed content updates as in previous years (despite continuous updates to GTA), which can be understood by the frustration of the cowboy-loving gamers.

There’s an alternative. According to PCGamesN, a new mod for Red Dead Redemption II has been created by CruelMasterMC and adds entirely new missions to the single-player campaign. It also allows you to create your character. These new missions can be played as your character (male or female). It’s cool.

According to PCGamesN, there are plans for the mod to include a complete story (including voice acting) and cutscenes. This mod is more than what Rockstar has offered Red Dead players in a while, so check it out if it’s of interest to you. You can get it free through Nexus Mods.

To add salt to the injury, an insider claimed earlier this month that new gen Red Dead Redemption II had been removed to allow more attention to GTAVI. The claim came just a few days after it was claimed that remakes of Red Dead Redemption and GTAIV were abandoned for the same reason. Although we are all eager to see the next Grand Theft Auto title, if true, it is still quite a bitter pill to swallow.