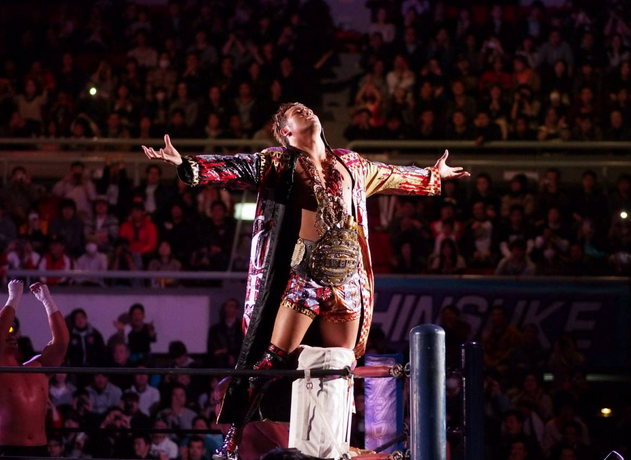 Just a few days after NJPW and AEW’s first-ever Forbidden Doors pay-per-view, a big appearance stole the headlines from Dynamite. It was one from Kazuchika Okada, ‘The Rainmaker. As he arrived to save Adam Page (a multi-time IWGP World Champion), he was greeted enthusiastically by the AEW crowd. Adam Cole and Jay White, Bullet Club members, were double-teaming him.

Okada & Page were able to stop the villainous duo and sent them packing. The Forbidden door was able to announce a massive fatal-four-way, which pitted all four men against each other with the IWGP World Championship at stake. This makes it very exciting, with Okada joining the fray.

NJPW and AEW are putting in a lot of effort for their first cross-promotional event. Bringing in big stars like Okada is a great method to get everyone’s attention on their product this Sunday. Depending on the outcome, this could easily be the biggest wrestling event of the year. Okada could win yet another IWGP World title or have the show switch to Page or Cole. There is a lot at stake here.

Let’s hope this is more than a one-night deal for Okada at AEW. If the response is any indication, he’s a big draw in the States.

Zack Sabre Jr., who was making his first AEW appearance on the show, called out his hand-picked opponent at Forbidden Door. Malakai Black was able to secure his place in the All-Atlantic Championship match, while Jon Moxley & Hiroshi Takashi stood tall over Lance Archer and Chris Jericho.