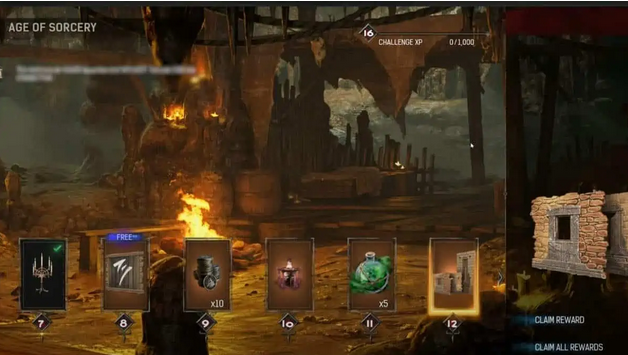 Funcom announced Conan Exiles and the Age of Sorcery updates. This update adds tons of new features to the game and makes core changes that will revamp it. The new update will be available for free, since sorcery is an integral part of the game’s fantasy. A new monetization system will be implemented, which includes a battle pass system and an in-game store to offset the expansion’s free play.

Here is a summary of all the information in the Conan Exiles Age of Sorcery Update.

Conan Exiles Age of Sorcery: Everything we know

Here are the basics of the Age of Sorvery update to Conan Exiles.

The game is about to be dominated by sorcery

Conan’s lore is full of sorcery. Although the world is dark and low fantasy, the Conan universe has sorcery. The magic of the Conan universe is dangerous for those not skilled in magic, but powerful for those who can use it. This feature will feel similar to lore, meaning that you can learn some sorcery skills at the range but being a barbarian, the primary purpose of the game.

It’s going be interesting to learn about sorcery, and you will need to do a lot more research to find the spells or other features. You will find stones, books, and scrolls that can be used to create phrases that enable you to cast spells. You will need to have a higher level or corruption for some spells. This could mean that you lose your health or stamina. Other plays can knock flying-bat players off their feet with arrows, or even destroy the ice bridge by hitting them.

The sorcery feature will be moddable. This means you can modify your sorcery mechanics and add any spells to the game. This is especially important if you wish to play full mage characters in a new save.

We got most of our information from the Q/A stream hosted on the Funcom Twitch channel. You can watch the entire VOD starting on June 21st if you want to see everything.

Illusions – A transmog system that allows for better gear, but still gives the appearance of other gear. To enable illusions you will need a thaumaturge table. Skin changes are limited to the same weapon so that you can’t reskin a shortsword with a huge axe.

Corruption – When corruption alters the physical body, it gains access to special perks. If you are willing to take the risks associated with corruption, corruption can be used to improve your normal attribute perks as well as your build. You can also use more evil or dangerous spells with more power.

To adapt and balance the most powerful perks and attributes, perks can also be reworked. This adjusts to corruption but also adapts weaker perks to make new builds more interesting to explore.

Building system – A new system that makes it easier for players to use controllers to build and manage games. It also provides better support for PC gamers.

Creative mode – This is a new mode that will be added to the game. It’s essentially an entirely new mode and won’t require console commands. You can design your own bases and create the perfect RP map. You can also use a god mode to fly to buildings in easy places.

Weapon-dependent stats: Weapon stats have been updated with strength-based weapon damage and dexterity for certain items. This allows you to focus your attributes on specific weapons and not have to be strong for all melee weapons.

Additionally, certain weapons can deal damage multiplayer to mounted units. The spear and lance, for example, get bonus damage from mounted units. This gives you an incentive to use these weapons in such situations. These damage modifiers can be modified in server settings to alter the weapon’s balance.

Base balancing – Tier 2 is now more efficient and cheaper. It will allow players to rebuild their T3 bases after being attacked or destroyed. This means that players will be able to get their T3 base functional again, so they can rebuild later. You can also find door HP, adjusted bridge hp, and many other features.

Conan Exiles will get a new battle pass with lots of thematic content related to the free expansion. The battle pass functions as a normal one. It includes regular, free, and premium upgrades. Each upgrade lasts for 90 days.

Daily challenges will be offered to players in order to earn battle pass exp and/or levels. These will be short challenges that players can complete to make it easy for them to contribute. Bonuses XP will also be available to catch up on features and to give them a boost. The battle pass can be completed on private, modded and official single-player servers.

The battle pass also includes 12 free items as well as 60 paid-for products. These unlock and items often feature cosmetics that are based on the appearance of the latest expansion. This will include cosmetics that are magic-themed or made by a sorcerer.

The Black Lotus Bazaar is also available and is the name for the in-game shop. The shop will allow players to purchase cosmetic items just like they did with the dragon pack. Although the shop will have a timer for storefront features, all items will remain in the shop regardless. You can therefore buy any item from the store whenever you like.

The shop will have new weapons and armour, but these novelty items will not be able to replace the tier items in the game like Iron Tier or Starmetal Tier. The game does not offer pay-to-win armour or weapons.

Conan Exiles Age of Sorcery’s new update is planned to be released simultaneously for PC and console in Q3 2022. Unfortunately, we don’t have an official release date. We only have the window. Keep an eye out for additional information on official Conan Exiles social media channels and forums.