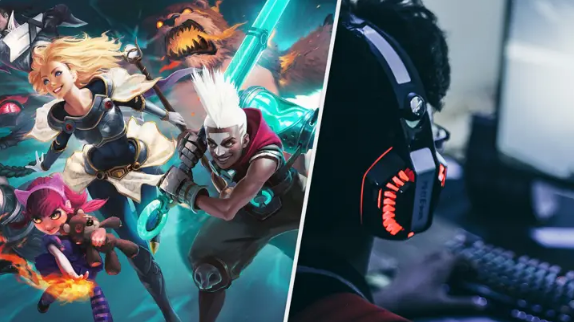 Riot Games announced that League of Legends would not allow players to chat with each other to curb abuse during matches.

Patch 11.21 is due to be released on October 20th. It includes new skins for Kai’Sa and Karma and improvements to the Ironspike Whip and Stridebreaker. Riot Games stated in a post on the game’s official website that abuse was a “rising concern” and that player reports have shown that there are more negative interactions than positive ones.

This will be assessed for its effectiveness in reducing the frequency of toxicity in League of Legends. And the studio also added that chat, emotes, and CTRL+1/2/3/4 will still be available to communicate directly with other players. The company acknowledged that this is a problem for players who want to complement their lane opponents or invite them to Baron pit. “But we think the tradeoff is worthwhile to reduce the negative energy/all chat that has been created in your games.”

Online games can be unpleasant. Riot Games has learned from League of Legends how to deal with toxicities in Valorant, the colourful hero shooter released last year.

In an interview with Eurogamer, Joe Ziegler stated that “these specific salves within our game, we have done a lot research to actually make sure that they do that work.” “Just as any solution, half it’s stopping people from hurting others and half it’s teaching them how to do it better,” said Joe Ziegler.

Anna Donlon, the executive producer of Valorant, had stated previously that she does not like to queue alone in the game because of fear of harassment based upon her gender. Valorantactually began recording its members’ voices to determine if they were using abusive language towards other players. Although steps are being taken to create a healthier, more enjoyable environment for fans, the road to that destination will be extended.