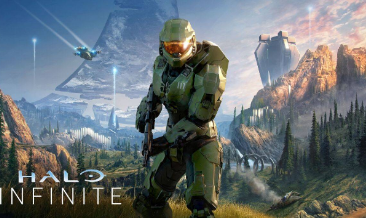 Halo Infinite has received a new update, based on feedback from the community and Halo support tickets regarding the Season 2 Loves Wolves Update. Although the patch doesn’t contain any new content, it does introduce a few important fixes for Xbox and PC players. 343 Industries also made improvements to the game’s stability.

Campaign had an issue with Equipment upgrades that deducted less Spartan Cores from them than was required prior to the Season 2 update of May 3rd. An upgrade that was supposed cost 3 Spartan Cores would deduct only 1. This bug did not deduct more Spartan Cores than was necessary, so players could end up with “extra” Spartan Cores.

The Overshield will now appear at the beginning of matches on the map Bazaar. This is an important change that will encourage players to push for it to gain a combat advantage during early fights. Players were also concerned about being placed in matches that were close to ending, which would result in a lot of loss. The rules for joining-in-progress have been changed to make it less common for players to join matchmaking sessions that are almost complete.

Recent Gaming Services updates improved stability for the Microsoft Store and Xbox apps versions of Halo Infinite PC. This update was available on May 11th. It may have been installed automatically. You can manually install the update or verify your version number by following these steps. New patch revealed that the Gaming Service might not have been properly installed for all Halo Infinite players. Scroll to the bottom of Gaming Services page to see the version number. This number should be at least 3.65.8001.0. Players can manually update the app if this is not the case.