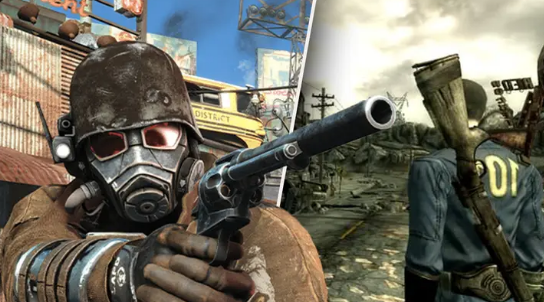 An adaptation of the Fallout series has been in the works for many years. I don’t mean just as long as I have been alive, but it has been around for years. This story begins in 1998 when Interplay Films first announced that they would make a Fallout movie. However, the project remained stuck in development hell for nearly a decade.

Next, Bethesda Softworks presented their plans for a Fallout movie in 2009. However, this plan was never realized. We now reach July 2020, when Amazon Prime Video revealed that they would be producing a fallout TV show. Filming will begin this summer, two years after that announcement.

Although video game adaptations don’t have the greatest reputation, this is slowly changing. Sonic the Hedgehog 2 has recently become the most successful videogame adaptation. Set videos of HBO’s take on The Last of Us are very faithful to the source material.

Lisa Joy and Jonathan Nolan will lead the Fallout TV Series. You may recognize them as the showrunners for the amazing Westworld series on HBO. This shows that Joy and Nolan are very skilled in complex storytelling.

Todd Howard, who directed several Fallout games series entries, will executive produce and direct the pilot. Actors Walton Goggins, Ella Purnell, and others have been cast. Although we don’t know the franchise’s storylines, we do know that a Fallout adaptation will be made.