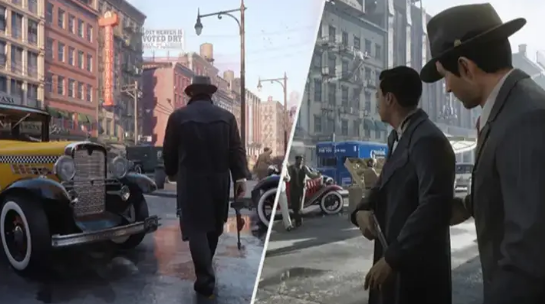 “Mafia4” Reportedly in Development. Will Use Unreal Engine 5.

“Mafia4” Reportedly in Development. I will Use Unreal Engine 5.

Hangar 13’s landmark success with the Mafia series was remarkable. These absolute classics were not available in the original release. I recommend 2020’s Mafia: Definitive Edition release.

Talk of expanding the Mafia series beyond the Definitive edition has been absent. The last piece of original content was released in 2017 with a series of expansion packs for Mafia III. Mafia will be making a comeback with a fourth game in the pipeline.

According to Kotaku, Mafia4 is still developing and will be a prequel. Mafia4, codenamed ‘Nero,’ is using Unreal Engine 5 instead of the studio’s Mafia III engines. This engine was previously used in previous installments. If the rumors prove true, Mafia 4 could focus on the rise and fall of the Mafia’s Salieri crime family.

Haden Blackman, Hangar 13’s studio head, announced his resignation after seven years. Kotaku obtained an email from Blackman to staff stating that he was leaving the company to “pursue a passion at a different endeavor.” Kotaku also noted that Baynes is now in charge of the Mafia project.

2K Games informed staff that Nick joined Hangar 13 in 2018 to create Hangar 13 Brighton. He has spent the past four years building the studio’s capabilities and growing the team.

“Mafia4” Reportedly in Development. Will Use Unreal Engine 5.