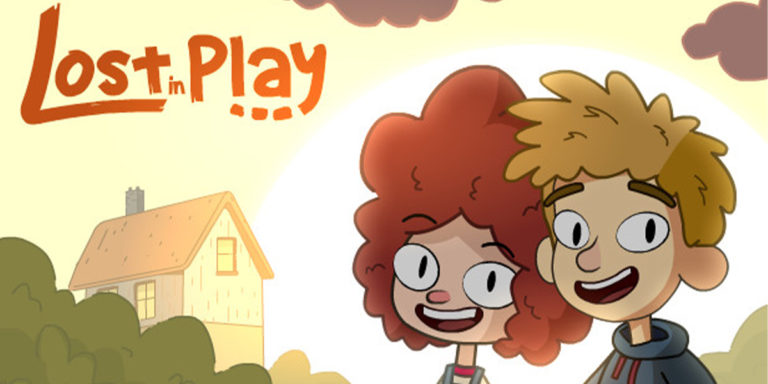 Lost in Play is all about imagination, youth and adventure. This game is a point and clicks title in which you play as a brother/sister duo who must find their way back home after they get lost while playing together. This is a beautifully drawn cartoon adventure that will appeal to the whole family.

It’s rare to find games that can be enjoyed as a family game. For your convenience, we’ve compiled much important information about the game.

Lost in Play was first announced in July 2020, when a trailer for the game was displayed at Indie Obscura Expo 2020. It was initially scheduled to release in 2021, but, like many other games that year, the release did not happen.

The developers have updated the Steam page to reflect a Q2 2022 release date. Although there haven’t been any updates from the developers directly on the Steam page yet, their Twitter account has been more active in showing what’s happening in the game’s development.

Lost in Play’s gameplay is a classic point-and-click game. The art style is the main difference. Many games feature hand-drawn animation. However, very few of them feel like a cartoon series. Some people who played the game said they thought they were watching a TV series for the first few minutes.

The game’s narrative is gripping, aside from the beautiful art. This story is about two children who become so lost in their imaginations that they lose sight of the real world. It’s a fantastic way to showcase some truly unique concepts.

The latest trailer for the game is available below. The trailer shows some of the scenarios the main characters find themselves in, as well as the fantastic music and visuals.