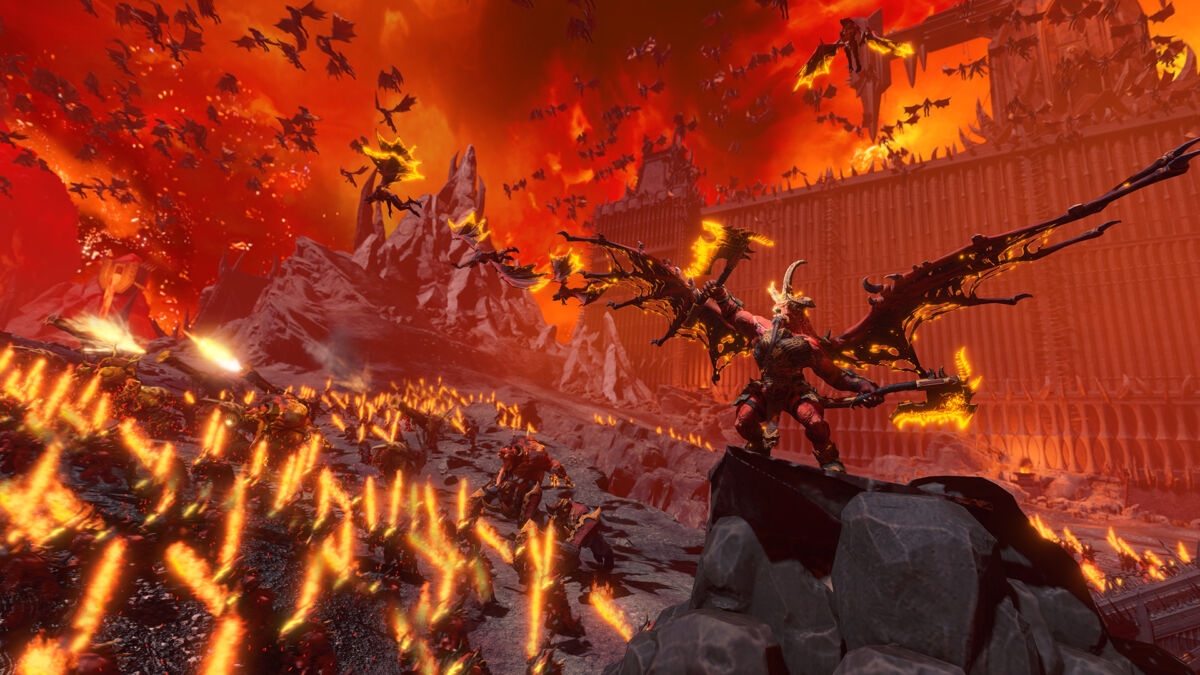 Creative Assembly invited us for a preview event to show the state of Total War’s fantasy version of Games Workshop’s Warhammer licence and reveal some big secrets. Total War: Warhammer 3 builds on the core systems of its predecessors and takes elements from other projects like CA Sofia’s Troy. Here are some of the most interesting things we have seen about Total War: Warhammer 3 thus far.

CA was the first to explore the story and end-goal for Warhammer 3. This is the best example of how gameplay dynamics blend seamlessly with the story. The story opens with a Chaos-corrupted Kislevite Lord mortally wounding Kislev’s patron Bear-God Urson and exiled Daemon prince Be’lakor in prisoning the Bear-God At the Forge of Souls. This magical domain exists beyond the realms of the four major Chaos gods. Be’lakor is a Sauron-like entity that has lost its human form, most of its great power and is now the main antagonist for Chaos and non-Chaos groups.

Each major player has motives and plans for the injured Bear-God’s power. As with the other two games, the elderly advisor is the one who sets each faction on a collision course to defeat Urson. The advisor must give Urson blood to escape a mysterious curse. A compelling personal motivation amid the machinations between empires and gods.

Inevitably, players will make their way to Realms of Chaos to seek the souls of four Chaos champions to open the Forge of Souls. Although the Realms of Chaos can’t be conquered permanently even by the Chaos-aligned groups, the gameplay loop transforms into a mini-adventure where players will face lord debuffs, ravenous demons and armies of other factions. This campaign is tighter, more competitive, and player-oriented.

The final faction revealed – the Daemons of Chaos – is crucial to the game’s story. This faction unites the Chaos gods’ forces into one. It is led by the Daemon Prince, a corrupted Kislevite Lord who first wounded Urson and now longs to be a god. This is a Chaos Undivided version where players can mix and match the forces from each Chaos god and customize their avatar Daemon prince to any role or playstyle they choose.

This faction’s core mechanic is Daemonic Glory. Players will earn it by completing quests and constructing the required buildings. Daemonic Glory can be used to unlock heroes and units of the relevant gods, as well as unlocking various body parts for the Daemon Prince. This gives players unprecedented customization options and the ability to modify their Daemon Prince to their hearts’ content. The faction combines Norscan devotion mechanics, and the unlock systems for the updated Beastmen faction.

The Daemons of Chaos provide exciting and challenging gameplay. This is due to the faction’s sandbox nature, which gives players great control over their faction’s playstyle and the Daemon Prince’s gameplay identity. There are concerns that the Daemons of Chaos may be too dominant or overshadowing its brethren factions on the tactical level, as it essentially merges all mono-Chaos God factions into one. Aside from the obvious depth of the Daemonic Glory, there is still a noticeable feature stripping in which the Daemon Prince lords are stripped of all ancillaries, and their skill tree seems to be underdeveloped compared with every other lord or faction.