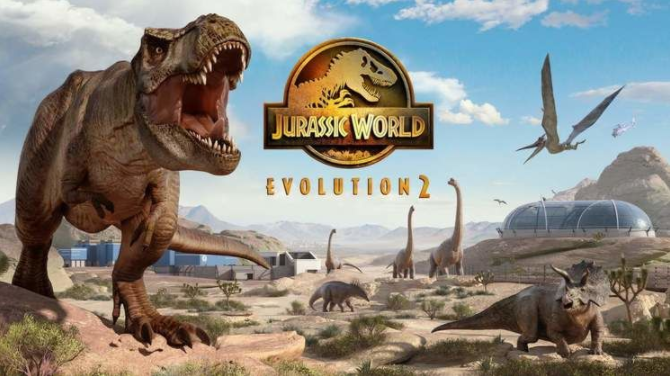 The original Jurassic World Evolution felt like an ethereal grasp at nostalgia, but its sequel grabs hold and pulls it towards the player.

Developer Frontier made it clear that Jurassic World Evolution 2 will offer a full-on dinotastic feast of dream scenarios to Jurassic Park and World lovers in ways that the original did not manage. It does suffer from an identity crisis. It’s a Jurassic Park sim, which allows for chaos when more order would have been better.

There are two story options in the game. The first is for the original film. It retells history and presents an interesting ‘what if’ scenario about a Jurassic Park that didn’t end where it began. The second is a continuation of Jurassic World’s more recent series and picks up where Fallen Kingdom left off.

While they are still focused on running a successful prehistoric park, they manage to add scenes and scenarios that capture the essence of cinematic films. Jeff Goldblum is back as Dr. Ian Malcom, and there are many other key actors involved.

Even if you haven’t played the first JW Evolution, the gameplay cycle is easy to remember. Start with a small budget to build a tourist attraction. Then, you can continue expanding it by attracting more visitors.

It’d be too Zen for a Jurassic World video game, if it was all that. And it wouldn’t fair to have this license without a few escaped dinosaurs or meddling conspirators to deal, as well as setting snack prices and buying merc.

Naturally, there is some sweetness and sweetness in the chaos Dr. Ian Malcom is so fond of. As I mentioned before, chaos can sometimes be too chaotic. JW Evolution 2’s management of the park proves to be both its greatest source of entertainment as well as its most frustrating drawback.

It is a constant struggle between wanting to manage a park with historical wonders and trying to play to the strengths the films by ‘accidentally permitting a few carnivores to escape during busy season. This internal conflict never ends. Given their lightness and ambiguity, the park creation tools and mechanics don’t encourage law and order.

“Whatever other opinions you might have about JW Evolution 2, Frontier has the stars of the show right on.”

Although JW Evolution 2 is a vast improvement over the original, it still uses the same trial-and-error approach to managing parks. It’s a good way to create unexpected moments of joy, but it pushes it into the realm of fussiness. Story mode has some very specific completion requirements. The game’s relative ambiguity in explaining the game to the players leads to some severely unfair failures, which don’t come with any compensation for dino carnage.

The game’s park strategy concept is a bit twisted. It focuses on getting the player to do manual tasks, even though they are necessary. I don’t know if I agree with you but I would rather make clever decisions about where to put a merch stand to maximize profit than click on vehicles to refill them manually. These things don’t offer any benefit to the player other than the distraction of unnecessary busywork.

These moments threaten to ruin the Jurassic love in Frontier that is going on in JW Evolution 2 The problem with this is that sim management gets in the way for the truly enjoyable parts of the game.

It is best to embrace the chaos, ignore all attempts at managing a park that fails long-term, and move on from the story mode and into sandbox mode. We wouldn’t be here if it weren’t for the lure of eating dinosaurs in a park.

JW Evolution 2 allows the player to get to the ground to see the terror and panic (or to just go casually dino-watching if that’s your preference). This is where you can get a better understanding of the details that go into the dinosaurs. You will be amazed at how large and intimidating these creatures are. It offers a much more varied selection of animals to cultivate from air, land and sea. Frontier is the star of JW Evolution 2.

The standard options for subtitles and audio as well as graphics and graphics are available via the controller support. It doesn’t have a tutorial, and it doesn’t give any helpful hints very often.

Sim games can have a poor performance due to the fact that they must deal with so many interconnected systems simultaneously. This causes frame rates to drop and textures to pop up on a whim. Games also sometimes become a bit crash heavy.

JW Evolution 2 performs well, possibly because it is broken up into smaller pieces or because the systems work very simple. Although there is a slight jolt in switching between managing parks and engaging in activities within them, it is otherwise a very issue-free package.