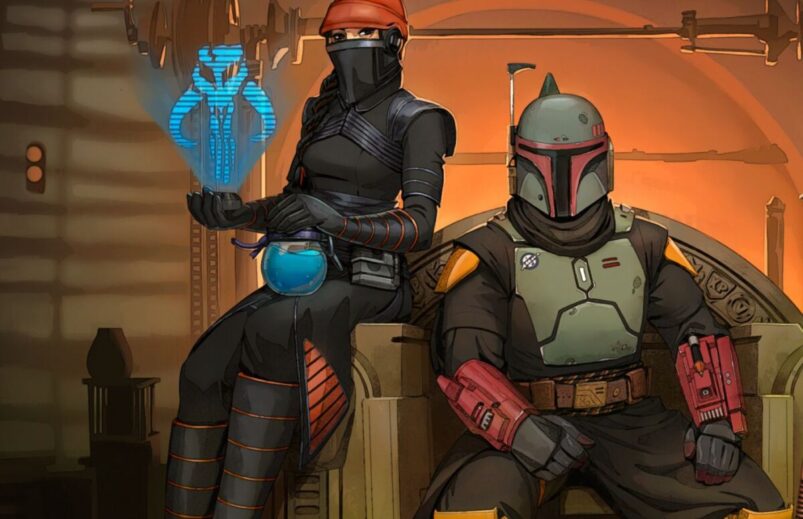 The Book of Boba Fett, which will debut on December 29, 2021, will feature the legendary bounty hunter and Fennec Shand as they attempt to create an empire in the galaxy. There is no better way to attract people to a show than putting a skin on Fortnite.

This is everything you need to know about Fortnite’s Bob Fett skins, including their price and release dates.

Although it is not confirmed yet, it appears that the Book of Boba Fett Skins will include Boba Fett and Fennec Shand. Both characters were seen in the teaser posted on social media.

Although it is unlikely that any other Star Wars characters will be released at Christmas, you can expect to see additional cosmetics along with the skins.

It makes sense that Boba Fett will be coming to Fortnite, even though the Mandalorian crossover was not all that far back or very different cosmetically. It would be great to see Fortnite’s other skin with a father body.

Based on other cross-skin prices, Boba Fett skins will cost 1500 V Bucks each and 2000 V Bucks for the pair.

Epic is no longer selling complete sets of cosmetics, but players will likely buy cosmetic bundles for their characters.

The Fortnite Item Shop will have the Boba Fett skins on December 24, 2021, at 7 pm ET. This might make a great Christmas gift.

Based on the length of other crossovers, expect Boba Fett to be available for at most a week. Most likely, even longer.