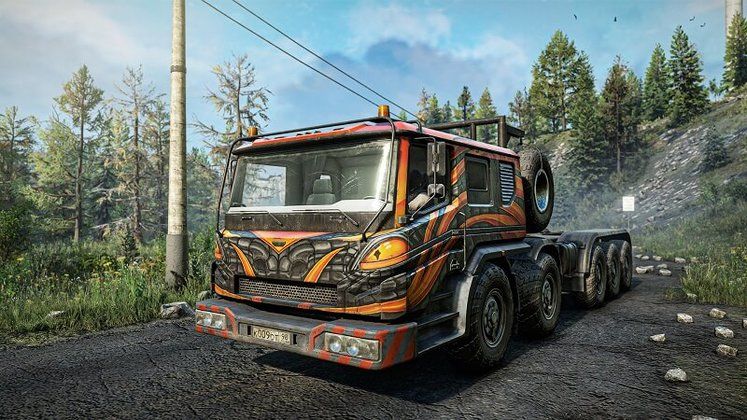 SHOWRUNNER YEAR 2 SCHEDULE – ALL THAT WE KNOW

Developer Saber Interactive and publisher Focus Home Interactive announced that SnowRunner would receive a year two-pass, including four additional seasons of post-launch content. After more than a year of Epic Games Store exclusivity, the SnowRunner Year 2 Pass announcement was made on Steam’s launch.

SnowRunner Season 2 Pass’ existence is likely due to the original being very well received by fans. The showrunner Year 2 Pass has a similar structure, at least at a glance. This is what we know about the SnowRunner Year 2 Pass’s schedule and content.

The four Year 2 Pass phases will bring “new vehicles and maps, add-ons, and more.” We now have an updated view of their features and schedule as August draws close.

Players can look forward to free premium DLC and new cosmetics, a New Game+ Mode, and a mysterious Immersive mode. There is also crossplay across all platforms.

The fifth season of SnowRunner arrives in Rostov Oblast on September 9. The two new “hill type maps with mild slopes” are located in western Russia and challenge players to rebuild and restore a Tatra factory. The Tatra Force 8-wheelers and Tatra Phoenix 84-wheelers are available to those who win. “

Season 5 of SnowRunner also includes new skins and stickers for all players. Crossplay between Steam and Epic Games Store and Microsoft Store will be possible.

Snowrunner’s Season 6 Haul & Hustle is set for December 7. Two new maps are introduced, set in Maine’s wintry forests. Two new vehicles will be available to you, the Aramastu forwarder and Tayga 6455B.

Your goal is to “establish a logging operation” in an underdeveloped area. Further up the challenge, you will have limited access to resources and supplies. As you complete missions, you will need to build your garage. You won’t have the ability to buy, repair, refuel or upgrade vehicles immediately. SnowRunner’s photo mode is included in the season, along with crossplay connecting PCs and consoles, except for Nintendo Switch.

Season 7 brings offroad sports to SnowRunner with a new map. To navigate, you’ll use a new set of competition vehicles.

The second major expansion for SnowRunner will complete its Year 2 Pass. It is described as the “most ambitious content pack” and adds new regions, vehicles, and a “game-changing mode.” “

SnowRunner’s year two pass is $24.99, or the equivalent regionally across all platforms. You can also purchase each of the four seasons individually.