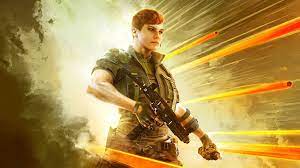 Rainbow Six Siege continues to grow, and we now know more about its sixth year of content than any other year.

Ubisoft finally revealed Operation High Calibre, which introduces Thorn’s new defender and makes big UI changes. It also reworked the Outback map. You can find detailed information about most of these changes in the official Rainbow Six Siege Patch Notes.

So far, we’ve had Flores as an attacker and Thunderbird as a defender. It sounds like Y6S3 will add another attacker. Thorn is our new defender. This is everything you need about the newest operator.

Although a full release of the new Y6S4 operation is not yet confirmed, the testing period will be expected to last approximately three weeks. Expect to see potential fixes or reworks for the new operation during these weeks of testing.

After the testing period, the update should be available for download to live servers sometime in November or December.

Latest – It looks like Rainbow Six Siege Operation high Calibre will be reopened on November 30, with the new Operator Thorn.