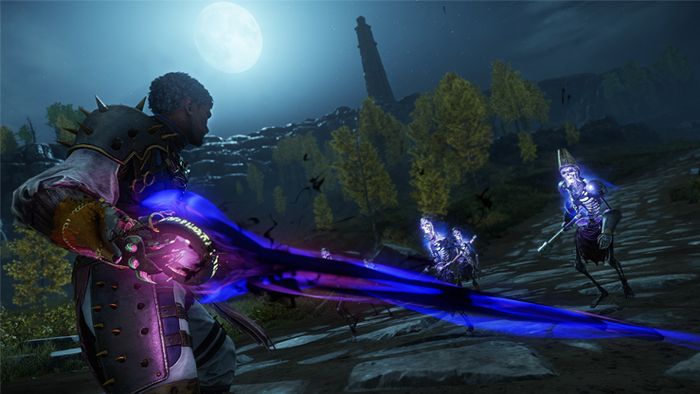 Amazon Games has released the Public Test Realm For New World. This will be available for download on the 10th of November at 12PM PT. Players can use it as a dedicated server to try out new content and patches, before moving to the live game.

Players will not be allowed to transfer their characters to these servers like other PTR’s. Instead, Amazon will grant players instant levels and gear, if necessary, depending on the content being tested.

These servers will not be accessible during the testing of new content. Once testing is completed, servers will be deleted and closed until the next update.

The Void Gauntlet, a new weapon that players can test in the PTR, is a hybrid support weapon and the first to scale up intelligence and focus.

This weapon comes with two talent trees: the Annihilation and Decay trees. These are both focused on close-range DPS and healing teammates.

This PTR also includes new quests throughout the game. These include PVP faction missions and enemy quests. Main story missions are also getting an update.

Players will learn new skills when they join new mobs or come to the game with a whole new set of skills.

The trading post will be connected between all cities, so players can buy and sell items from anywhere in the world. Different taxes will apply depending on the location where players are selling/buying and who is in charge of the zone.

You can find more information on the New World website here.