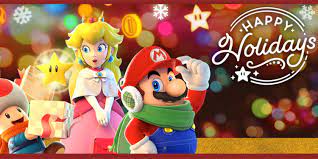 Nintendo has revealed the Black Friday deals for this year by giving its fans a glimpse of the savings that are available. This information is provided by an official Nintendo Blog post that lists the products and their prices.

Although the deals won’t go live until around a week prior to Black Friday, this gives you ample time to plan your attack and compare prices with other retailers.

So, looking for a Nintendo early Black Friday deal? This is everything you need to know.

We have all the details about Nintendo’s Black Friday deals, so whether you are looking for a new console or one of the many amazing Nintendo games, or even cool accessories, we have them all.

Nintendo will again offer its Black Friday console bundle. It is disappointing to see that this year’s offer will be identical to last year. It’s still a great deal, and well worth the price.

For this year’s sale bonanza, many Nintendo games will be reduced in price. Nintendo will offer a $20 discount on a variety of games titles, including the following:

There are more than just games and console bundles on offer. Nintendo will also be offering a variety of other deals, including the AR-based Mario Kart Live: Home Circuit set. This set will be $59.99, a savings of $40 on November 21st.

What date will the Black Friday Nintendo deals go live?

Nintendo claims that the official launch of deals will be on November 21st, 2021. Regular entries such as the annual Black Friday console bundle will also go live. Nintendo isn’t going to be early this Black Friday, unlike Amazon and Best Buy.

They’re going 5 Days Early, but not the ‘first Week in November’ like other brands.