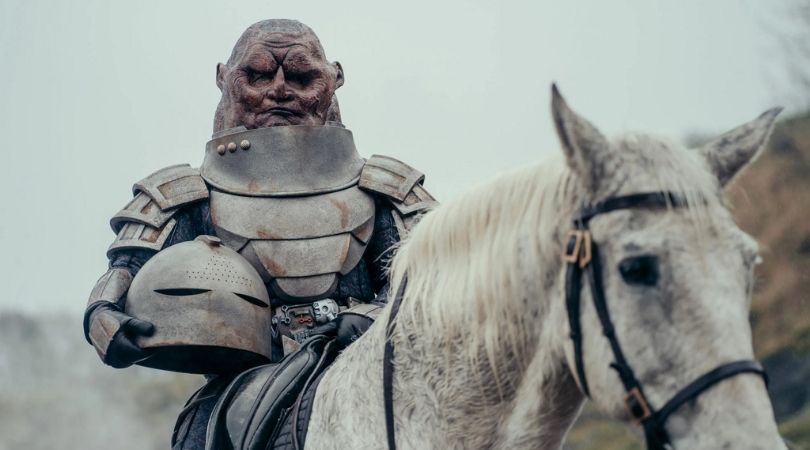 Doctor Who Season 13 Episode 2 begins exactly where the premiere ended. The Flux forces the gang back in the past and into trouble. War of the Sontarans may not be the most original title in the long-running scifi series’ history, but it is one of the finest episodes Chris Chibnall produced as showrunner.

Audiences will be left scratching their heads after the credits roll about the questions of the Flux and Swarm. But it doesn’t feel as though they have been denied answers. The Sontaran-filled story of an hour feels more like a coherent, self-contained story. The cherry on top is the series-long, intriguing mystery to speculate over.

How can you solve a problem such as the end of the universe. It was apparently thrown into the Crimean War against Sontarans.

The Halloween Apocalypse had a cliffhanger end that left The Doctor and Yaz about to be consumed in the Flux, an interstellar plague spreading across the universe. the entire team is safe at the beginning ofThe War of the Sontarans. They soon disbanded. Dan is taken back to Liverpool in the present, while The Doctor remains on Earth 1850s. Yaz is transported to the Temple of Atropos on a planet called Time.

Every story works. The main plotline of the Doctor, which sees the British army fighting the Sontarans rather than the Russians, is the most important. As a result, it receives the most screentime. Although she doesn’t have a companion to help her, thirteen becomes fast friends with Mary Seacole, a famous healer and businesswoman. This British/Jamaican historical icon doesn’t get as much attention than other well-known figures over the years. Instead, audiences are given a history lesson about Mary Seacole. She is a temporary companion, and not a permanent one. She is welcomed and can blend well with the personality of the thirteenth Doctor.

The Sontarans are nothing more than a “insert famous villain there” antagonist. They make up for what they lack in original storytelling with humor. While the clone races are often the subject of many jokes, Chris Chibnall has some particularly memorable lines. Dan’s segments in modern-day Liverpool are also examples of this quality writing. The highlight is his ‘confused tourist” segment inside the Sontaran ship. It is a great example of Doctor Who‘s wacky humor.

Although entertaining, The Doctor’s and Dan’s stories end in a typical story-of the-week fashion. Yaz’s segment offers the most intrigue. Vinder was taken from his observation station at the Flux and she teams up with her. They work together to figure out why the Temple of Atropos drone requires them to fix the Mouri people. Although it may sound familiar sci-fi terminology, the ongoing mystery surrounding the temple and the many new questions that result from its existence is an exciting point. It is important to keep Season 13’s momentum going by trying to figure out how this all connects to the Flux and the new villains Swarm, and Azure.

Nearly the entire Cast has a slam-dunk of an episode in War of the Sontarans . Jodie Whittaker is a charmer. She adds humor and a distinct Time Lord alienness to her performance this week. She transformed seemingly insignificant moments into memorable, funny scenes by telling a Sontaran to take off its helmet in one scene and waving a stick in another. In all the best possible ways, I was reminded of David Tennant’s tenth Doctor. It is hard to believe that her Division storyline will be ignored. However, it feels like Swarm’s and Azure’s plots will turn around as the season progresses.

I said in Episode 1 Review that Dan wasn’t given enough attention in his debut as a companion. But it’s difficult to be disappointed when John Bishop puts in a great performance this week. It’s almost as if he has always traveled with the team. This episode is hilarious because of Bishop. His interactions with his family, Karvanista and The Doctor are what really make him stand out.

Rochenda Sandall plays the role of the villainous Azure with a delightfully silly style. Sam Spruell’s portrayal of the main villain, Swarm, continues to be impressive. Although he may not be getting as much screen time, you wouldn’t believe it considering the lasting impression he leaves. Spruell is able to portray Swarm as a terrifying threat through his restrained acting. Although it would be easy for Spruell to act smugly as a strange-looking, bad guy on a family television show, he is committed to the quiet intimidation that comes with the role.

Despite the intrigue surrounding Yaz being compelling, there is not much storyline and no character development. The consistent portrayal of the thorough police officer, who attempts to evaluate every situation she finds herself in, is a great asset. Mandip Gill doesn’t have anything else to work with. She will hopefully be more than just a springboard to future exposition.

EDITING AND PACING – A TALE FROM TWO HALVES

This is not Doctor Who ‘s best pacing has had. The episode’s first 20 minutes serve as a set-up. The beginning drags. You might think War of the Sontarans will turn into a boring history lesson. The next 40 minutes are a complete 180° and the pace is much more consistent.