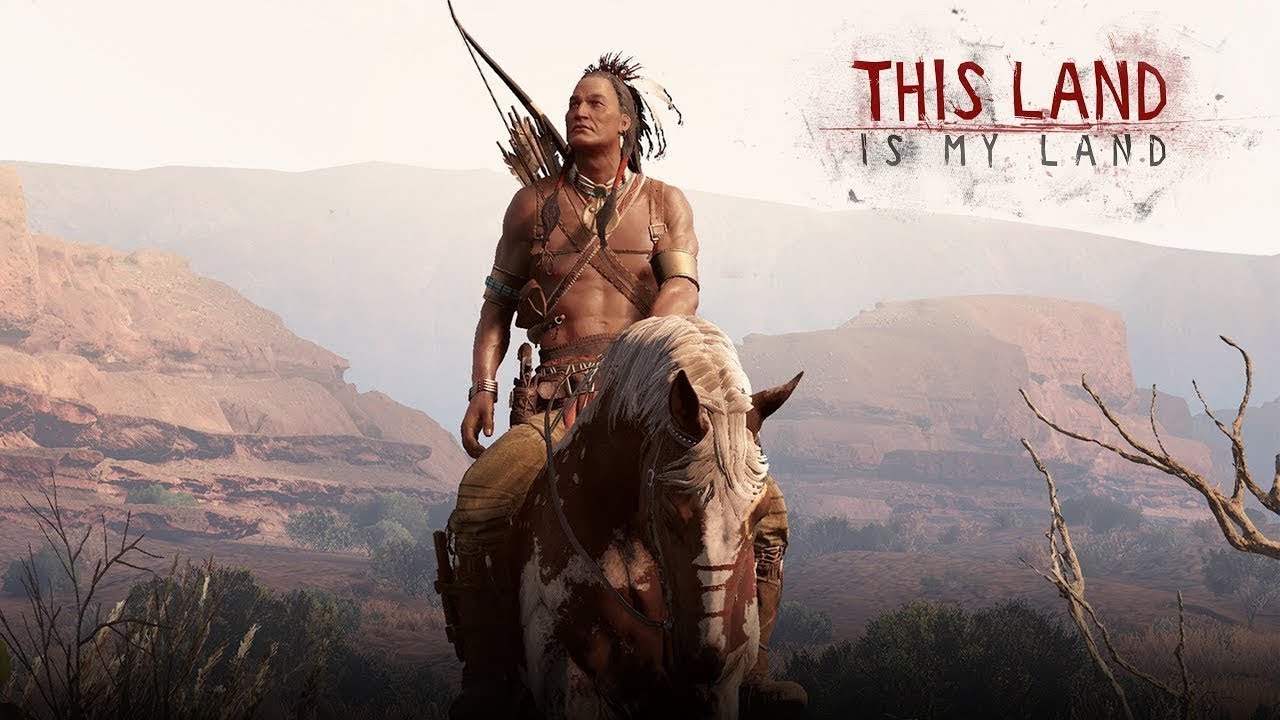 This Land is My Land is a survival crafting and open-world simulator. It was first released in November 2019, and then it finally became a full-release at the end October.

This game puts players in the shoes and position of a Native American chief during the 1800s. He fights for his land. Players will need to collect resources, build camps, and eliminate enemy settlements in order to do this. You can do this in many ways. The emphasis is on strategy and stealth, while open combat is a great way to get killed. The game offers a vast world that can be explored and evolves according to player choices. It promises a fascinating glimpse into America’s frontier age.

The most important thing about This Land Is My Land’s story, is that it doesn’t have one. The overarching narrative is that you are a Native American chief who wants to reclaim his lands from invading palefaces. But that’s just framing. While it explains why your goal is to take over settlements, and increase your influence, it doesn’t direct your in-game actions.

The game is more of a sandbox than a real-life adventure. You are dropped into a world that teaches you basic game mechanics, such as resource collection and crafting. After that you can do what you like. You can find specific quests along the way but they are almost all limited to finding a NPC and intimidating them.

These mini-quests are worth your attention, but they can be a little distracting. This is because NPCs were given names by players, not developers, when the game first loads in. While this doesn’t affect gameplay, it makes it harder to invest in the story when your goal is to find and intimidate Bojangles, a frontier-era soldier (Yes, this is a real quest I encountered).

While the anachronistic name choices are amusing at times, they really make the game feel thin at times. With so little plot to pull you in, it makes it harder to create your own stories.

The game’s lack of story is actually what feeds into its next problem: player motivation.

Understanding the game’s difficulty settings is key to understanding this issue. When they open the game, the first thing that most players will see is a difficulty screen. This screen offers three options: Immersive, Classic, and Custom. This screen is likely to be the most common place for new players to make mistakes.

In-game text clearly states the Classic setting is for new players. It has easier enemies and a less focused on survival. This should be the default setting for most players. The Immersive setting beside the title is clear to show that Immersive is how the game should be played. You may be familiar with survival games, or gaming in general. If so, you will feel compelled to choose Immersive. Then you can assume you will figure out the more complex mechanics. This is a great way to begin a bad time.

This Land is My Land was designed to allow players great freedom in how they approach problems. Players can either attack settlements with a war party behind them, send in guns blazing to form a one-man strike force or slip in and kill enemies unnoticed. You have a variety of skills and weapons to choose from. There is also a morality scale that will help you judge your actions. There’s also an online marketplace where you can trade items with other players and have a chat with them. There are many aspects and mechanics that you should consider as you navigate the world.

The Immersive game doesn’t teach you anything if you create a new game. Worse, players don’t get to do tasks that would allow them discover them naturally. Instead, players are left in a dangerous world without any idea of how to solve the problems they will be faced with.

For example, I remember the first time I started a game on Immersive difficulty. Within 30 minutes, my protagonist contracted blood vomiting. He quickly became very dehydrated, and he would sometimes collapse to his knees. I was unable to move more than a few hundred metres from my primary camp. Even though I played Classic for a while to get the basics, I didn’t know how to fix this problem. Classic mode doesn’t have diseases and it didn’t offer any tips or pop-ups to help me.

I ended up using the online chat feature to ask for help. I discovered that blood vomiting could only be treated with a specific item I didn’t have or knew how to locate. This kind of thing could have ended the run without the assistance of other players. It was tempting to give up, even though I had the best intentions.

This is not to say that Classic doesn’t have its problems. This setting is not designed to be easy for beginners, and it doesn’t explain much better than Immersive. While there are some hint cards that can be used to show you the existence of certain mechanics, doesn’t provide a guided experience. Its main function is to help players spot enemies and eliminate the need to worry about complicated injury systems.

Classic, inexplicably, also eliminates almost all survival elements such as the need to eat and drink to survive. This change makes the game easier but it also removes a large portion of its core mechanics. Without them, it becomes a tedious sequence of sitting in the bushes waiting to be attacked by an enemy.

The Custom difficulty setting is the saving grace. This allows players to choose the aspects they wish to retain. This provides a middle ground between Immersive and Classic, but new players won’t know what settings will work best for them. They can only learn the mechanics by starting a Classic game and then abandoning that save to create a Custom save.