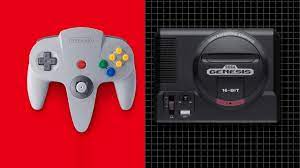 An important piece of information was disclosed at the conclusion of the Direct, which focused on Animal Crossing. New Horizons. Price for the Nintendo Switch Online Expansion Pack will be $49.99 USD per year. This pack will include Sega Genesis and Nintendo 64 games. A Family Membership plan, which covers up to 8 Nintendo Account holders, will cost $79.99 USD annually. This plan is nearly twice the cost of the original plan which costs $19.99 USD per year.

The Expansion Pack will also include the Animal Crossing : New Horizons DLC – Happy Home Paradise–as an additional bonus. It retails at $24.99 USD and is a great incentive to buy in, especially for those who are keen to return to New Horizons after the 2.0 Update. The Nintendo Switch Online Expansion Pack, which will be available on October 25th, will not launch with the DLC.

The Legend of Zelda, Super Mario 64 and Star Fox 64 are some of the classic Nintendo 64 titles. Additional titles such as Banjo Kooie and Paper Mario were teased for future service. The Genesis titles included in the package include Sonic the Hedgehog, Gold Axe and Castlevania : Bloodlines. This is an increase of the N64’s nine starting titles.

You can debate whether the significant price increase is worth the cost of additional content. Based on the responses to the tweet, it appears that the initial reaction to the price hike was negative. With the standard plan at $19.99 USD featuring 100+ NES and SNES titles (now, anyway), an increase that high for nine N64 games and fourteen Genesis titles–Animal Crossing DLC notwithstanding–shows Nintendo values its products quite highly, despite their age.