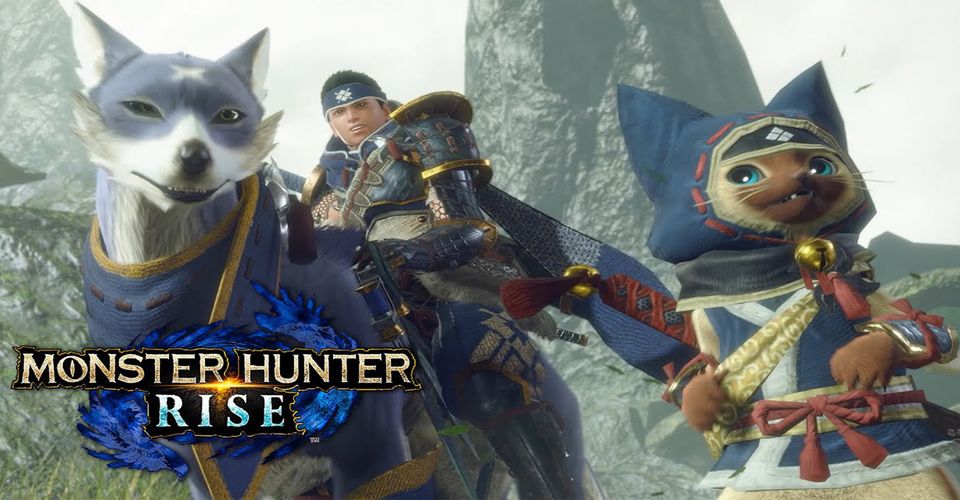 Monster Hunter Rise is one of the most awaited games of 2021. Not only does the game promise to provide fans with an engaging storyline and ferocious monsters to bring down, but it also brings in a new hunt companion – the Malamute. And fans have discovered that aside from petting the dog, the Malamute will also react accordingly when the hunter uses emotes.

In a recent video clip by the popular Twitter account @CanYouPetTheDog, a hunter and his Palamute are featured side by side, showing off some of the emotes that will be available in Monster Hunter Rise. Hunter gestures are not something new in the Monster Hunter series, and older games have already shown Palicos reacting to their hunter’s expressions. However, Palamutes are a new feature in MH Rise. Therefore, this is the first time Palamute reactions are put in the spotlight.

In the short clip, five hunter gestures are showcased, and with each emote, the MH Rise Palamute reacts accordingly and accurately. The Malamute is shown heeling when the hunter gestures to stop, saying no when its hunter uses an expression to disagree and act aggressively as the hunter kick-boxes by its side.

The most interesting one is when the Palamute hides its face behind its paw in shame, reacting to the “Quest Failed” gestures, an expected occurrence in Monster Hunter games. The video does not showcase the full gesture list available, leaving players to wonder if more will be added to the full game and how the Palamute will react to them.

With the Monster Hunter Rise demo live on the Switch right now, fans can actually see the Palamute reactions in action and, of course, try out the game’s mechanics themselves. Hopefully, this will be enough to tide fans over until the game’s launch around the corner.