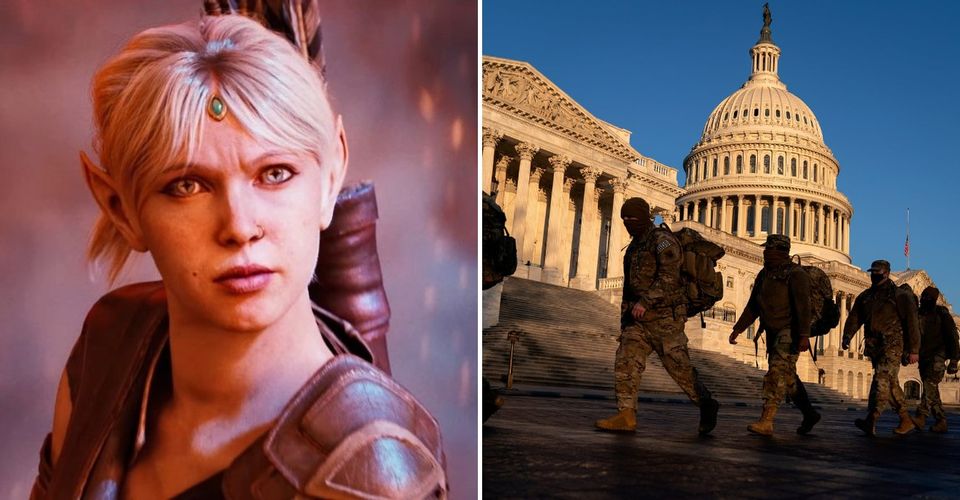 Ever since its reveal back in December, the Gates of Oblivion DLC for The Elder Scrolls Online has been hyped by the player base; with ZeniMax promising a year-long adventure with the upcoming DLC, fans are excited to see what is in store with the return of Mehrunes Dagon. However, they will have to wait a little bit longer due to real-life events.

ZeniMax Online Studios has delayed the Global Reveal Event for Gates of Oblivion from Thursday, January 21, to Tuesday, January 26 at 5 PM EST/10 PM GMT. This move to shift the reveal date for the Elder Scrolls Online DLC is to avoid clashing with the presidential inauguration of Joe Biden on Wednesday, January 20.

ZeniMax Online Studios explained the reasoning behind the decision in the comments of its Twitter post, stating, “Given recent events, we are opting to play it safe. We have players all over the world, but the majority of our employees live and work near the capital.” The developer is based in Hunt Valley, Maryland, located 60 miles from Washington, D.C. Its parent company, ZeniMax Media, is based in Rockville, Maryland, located 17 miles from Washington D.C.

It is certain that “recent events” refers to the US Capitol riots, where supporters of outgoing US President Donald Trump stormed the government building in an attempt to overturn his 2020 election defeat. The riots resulted in five dead, many injured, and considerable property destruction. Consequently, Trump has been impeached for the second time in his term, accused of inciting an insurrection. He becomes the first US president to be impeached twice. His social media accounts have also been banned, including his Twitter, Facebook, and Twitch accounts.

Tensions are high in the leadup to January 20, with approximately 15,000 National Guard members deployed to the capital city, who have access to lethal force. The FBI has also opened up more than 160 cases of investigation, expecting to arrest hundreds over the January 6 events. Those arrested so far include the leader of a Proud Boys group in Hawaii and the 34-year-old son of a Brooklyn Supreme Court judge.

The Elder Scrolls Online is not the only ZeniMax property caught up in recent political turmoil. A participant at the US Capitol riots was spotted with a Dishonored tattoo that was promptly mistaken for an Antifa symbol. Series co-creator Harvey Smith took to Twitter to debunk the conspiracy theory by linking the mark to his work. At times like these, the developers’ safety should take immediate precedence over getting a product out on time, with hopes that the inauguration can go smoothly without any further violence.