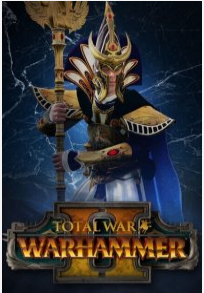 Each race and faction have their own game mechanics, just like the previous part. You can now take over all provinces, regardless of your faction. A new climate zone mechanic was implemented to give races advantages and disadvantages in populating different terrain types. The game can be completed by choosing one of the following races: Vampires or High Dark Elves, Vampires/Vampires, Skavens, Tomb Lords, Lizardmen, and Skaven.

The objective of the game’s mission is to control the Great Vortex. You can control it by using special rituals, which are purchased for points. The rite starts when the faction links the three major cities with the artifact and must defend against the armies Chaos for several rounds. By capturing the important cities and ritual sites of enemy factions, you can also disrupt their rituals. You can also recruit AIs controlled by the player to help you direct your troops against the enemy. To stop the enemy from winning, you can teleport your army to the final battle if the faction is ahead of you in the completion of all rituals.

There are many options to develop the ending of the game. The outcome of the passage depends on the actions taken by the player. The Vortex will calm down if the High Elves win. The artifact will be stabilized and covered by the geomantic net if the Lizardmen win. The Horned Rat will be summoned by a Skaven victory. If the Dark Elves win the battle, their leader will be able to conquer the Vortex’s power and become a god.