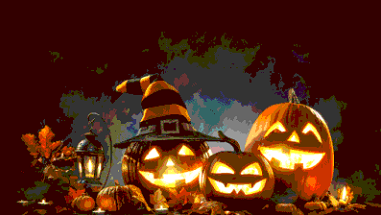 A spooky event makes its return to Fortnite! Check out what Fortnite account owners can expect for Fortnitemares 2022, including skins, new POIs, and more.

Here’s what you can expect for this year’s Fortnitemares for the battle royale.

It’s Spooktober again, which means Fortnitemares 2022 is set to scare its way to the battle royale. After all, it wouldn’t be October in Fortnite without having some Halloween content to look forward to. Many consider Fortnitemares their favorite event in Fortnite; thankfully, it’s right around the corner. Whether you were around for the previous Fortnitemares or experiencing Fortnite’s annual Halloween event for the first time, you can expect plenty of holiday-themed challenges, items, skins, and more. Here’s when Fortnitemares 2022 will start, the event details, and what spooky cosmetic items you’ll see in the Fortnite Item Shop soon.

Fortnitemares is considered one of the longest traditions in Fortnite’s history, with the first Fortnitemares event dropping back in 2017. Since its debut in Chapter 1: Season 1, the Halloween-themed event has just been getting grander and grander, with new content such as modes, skins, and more added at the start and throughout the event.

Whether Fortnitemares 2022 could be the biggest and scariest Halloween event for players with a Fortnite account remains to be seen. Still, we know that it will continue to be a consistent part of the Fortnite calendar—with both the battle royale and Save the World mode getting the ghostly treatment.

There’s no concrete information yet on what new weapons, points of interest, and cosmetics we can expect for Fortnite’s upcoming event. Much like the case for many Fortnite events, rumors are flying about concerning what could be coming in Fortnitemares 2022; however, nothing has yet to be verified by multiple sources.

Word on the street is that the famous 80s horror icon—Freddy Kruger—could become a skin in the battle royale. The finger-knife-wearing dream slasher seems perfect for Fortnitemares, and the possibility of it happening isn’t entirely out of the question. After all, we’ve already got other horror-themed skins in the Fortnite Item Shop. A prime example is the Xenomorphs from the Alien and Predator movies, who have already made their way into Fortnite.

For now, nothing has been confirmed regarding Kruger, but he remains one of the more likely candidates regarding horror crossovers. But think about it—should this concept push through the Elm Street house would be a great point of interest for the new map. Then there’s the incredible name potential of it all: Fortnitemares of Elm Street; this alone is honestly worth doing the crossover, with or without the Fortnite skin.

Besides that, let’s not forget about the stranger Universal Monsters crossover in Fortnite in early 2022 as part of the animation showcase. During the collab, the reimagined monsters broke into the barrier and invaded Fortnite Island at the end of a short promo video. Considering the short was made in Unreal Engine, perhaps we can bet that Van Helsing, Wolfman, Dracula, and Frankenstein’s Monster might appear at the Item Shop as their modernized counterparts.

You’ve probably noticed that many horror franchises are making headlights lately. Among the many possibilities for crossovers in Fortnitemares, The Walking Dead is arguably the most rumored of all. In previous years, we’ve had The Walking Dead characters like Michonne, Rick, and Daryl, so there’s a high chance we’ll see some new skins from the zombie show for this year’s pickings. Some fans expect to see the bat-wielding badass, Negan, make an appearance in Fortnite. For now, only time will tell.

Map changes and event-specific items are sure to make an appearance during Fortnitemares 2022. While Epic hasn’t confirmed any specific yet, we can all be sure that we’ll see a new enemy, like last year’s Cube Monsters, that wreaked havoc across the island. Then there’s the matter of seeing some POIs change up to match the Halloween theme—heck, we’ve already seen one as Shifty Shafts has transformed into a haunted house called Grim Gables.

Don’t be too surprised if candies make a return; they’re usually available outside of houses for players to find and snack on. Candies grant you buffs such as increasing your health and movement speed. It’s also a safe bet to assume that the classic Halloween weapons, such as the Pumpkin Rocket Launcher, will make a comeback.

Lastly, it’s guaranteed that there will be a handful of Halloween-themed challenges to complete for XP and event-specific cosmetics for free.

When Will Fortnitemares 2022 Start?

Players eager to log into their Fortnite accounts to access Fortnitemares 2022 will be pleased to know that the event is set to begin on October 18. You’ll have to download an update which should include all Fortnitemares content. Based on the past Fortnitemares events, Fortnitemares 2022 should be a lengthy affair. Last year’s festivities ran for almost an entire month, but it looks like this year is only expected to last until October 31, if not a bit longer.