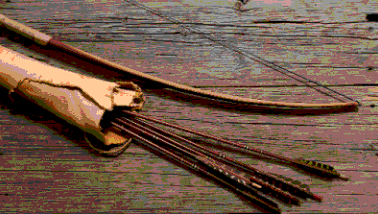 Tombs of Amascut is a great way to earn a fair amount of OSRS gold, and we’ll show you the best-ranged weapons you can use to complete the raid with gusto.

Here are the ranged weapons you should consider using when farming gold in OSRS’ Tombs of Amascut.

Tombs of Amascut is still a relatively new piece of content for OSRS. After what felt like a long wait for most PvM enthusiasts, Raids 3 quickly became one of the most accessible PvM activities due to its unique invocation system that will determine both the difficulty level of your encounter and the potential to earn OSRS GP. You will need to use all three combat styles to complete Tombs of Amascut successfully, so it’s wise to invest your OSRS gold in specific equipment that will be very helpful through the raid.

Ranged Gear Can Be Expensive But Not Unaffordable

High-level ranged gear is more expensive compared to the gear for the other combat styles. But, even if you don’t want to drop more than a billion OSRS GP on a Twisted Bow, there are still good alternatives that will make your raiding experience great. If you haven’t done so already, you should spend some OSRS gold on unlocking the Rigour prayer to make all of your ranged attacks stronger while bossing and raiding.

For Tombs of Amascut, you should get high-level darts such as runes, amethyst, or dragon darts, and you’ll need level 75 range to wield the blowpipe. This weapon is perfect for the raid because it poisons your target and inflicts poison damage over time (dot).

Another reason the blowpipe is such a strong choice is the attack speed, or three ticks at a range distance of 7, which will help you kill boss spawns quite fast and effortlessly. You won’t be able to add an offhand with the blowpipe because it is a dual-handed weapon. Still, because it uses charges instead of classic ammunition, you’ll be able to equip a blessing that will give you more prayer bonus, which is so much needed to conserve resources during the raid. The special attack of the blowpipe is also beneficial for the raid.

Another inexpensive choice is the dragon crossbow. Using ruby dragon bolts (e) or ruby bolts (e) is the best choice when fighting targets with large hp bars, such as the bosses you will encounter in the raid. Alternatively, you can get diamond bolts (e), but the ruby bolts will be the strongest pick. You can combine the dragon crossbow and the blowpipe, but you should save the inventory spots for a couple more brews if you’re a beginner.

Another significant advantage of using the dragon crossbow is that it is a single-handed weapon. You can add more to your stats by filling the off-hand slot with useful ranged shields such as the Twisted Buckler, the Dragonfire Ward, or the Odium Ward.

This is a reasonably priced ranged weapon you can get from the GE or a drop from Commander Zilyana in the Gods War Dungeon. Similarly, to the dragon crossbow, you’ll get to use an off-hand while wielding the armadyl crossbow,

However, with the armadyl crossbow, you’ll also get a prayer bonus to help conserve your resources. The attack range is 8, 1 more than in the case of the dragon crossbow, which will make it much easier for you to position.

A rather expensive choice worth around 300m OSRS GP is the Zaryte Crossbow, the upgraded version of the Armadyl crossbow. With this, you’ll also get a special attack and a passive effect that increases the effects from all enchanted bolts by 10 percent.

Equally efficient for completing the raid with the Zaryte Crossbow is the Bow of Faerdhinen, provided that you’re wearing the other crystal equipment for your head, chest, and bottom pieces. You’ll need 80 range and 70 agility to wield these corrupted gauntlets. It outputs as much damage as the twisted bow or the toxic blowpipe, but unlike the blowpipe, it has a range distance of 10.

The best you can use is—as expected—the twisted bow. You can only obtain this costly weapon from the Chambers of Xeric raid or for more than one billion OSRS GP from the grand exchange. It is an excellent pick against monsters with a high magic level, and you’ll also have a considerable range distance of 10 with it.

The bow’s passive effect is to hit following how strong the magic level or accuracy of the enemy you’re fighting is, so the higher the raid level, the higher you’ll hit. Combine it with some dragon arrows for maximum efficiency!

Choose the Perfect Ranged Weapon for You

At the end of the day, it’s all about preference and how big your budget is. Whether you use the over one billion OSRS gold item or the under one million OSRS item, you’ll still have a fair shot at ranging your way through the Tombs of Amascut.