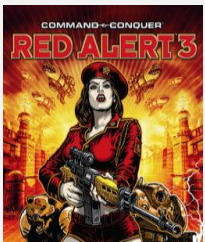 The game’s plot is unrelated to previous episodes of the series. The developers saved the main storyline, temporary paradoxes, however. The Soviet Union’s leaders are now moving back into the past to kill Albert Einstein, the man responsible for Western countries’ technical superiority and success.

The Japanese Empire was introduced in the game for the first time as a fully-fledged nation. The Samurai Codex was also based on the army’s philosophy. The gameplay also included several dozen additional models with unique mechanics.

Because of the alignment of units, the gameplay is more dynamic. A significant innovation was the full usage of water in battles and the addition of the ability for each unit to modify its weapon profile.

Multiplayer is implied by the game and has been criticized by players for its blurred balance. Multiplayer is no longer possible as GameSpy servers “died” back in 2013. It is now possible to play a local game.

The third part of this series maintained the same atmosphere as the first two and stood with them in many legendary games that were “timeless”.