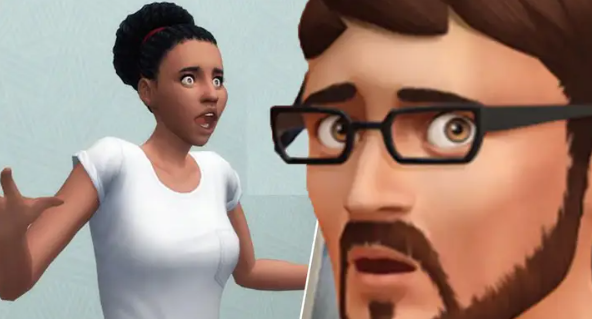 The Sims franchise always had a darker side. It’s a fun game if played correctly. However, it can also give the sadist in us a few unwholesome options. You can put someone in a room and then take the door away to make them panic or starve. It can bring out the worst of us, like the Grand Theft Auto series.

However, a recent patch for Sims 4 has caused the AI of the sims to feel the need for it.

Sims4 received a massive free update on July 26th, including new features such as curved walls and body hair, fears, new desires, and body hair. Our Sims now displays an inexplicable desire to be with their families, a-la House Lannister. Reddit user shared their troubling find, with the posting title being “Why is my Sim asking her son to be her boyfriend?” Another player reported the bug to the official EA forums. Their issue stated clearly, “The new Wants system had given my sim the “want” to ask his sister for his girlfriend.”

This is a bug that the team plans to fix as soon and as quickly as possible. Yesterday, one of the Twitter developers acknowledged this. Check out their tweet below.

SimGuruNick is a quality designer for Sims4 Live Operations Team. He seems to believe that the problem will soon be solved. They stated that they were looking to fix it ASAP.

Sims are rapidly ageing with the new patch. This should be fixed unless you had planned to make a Solid Snake situation.