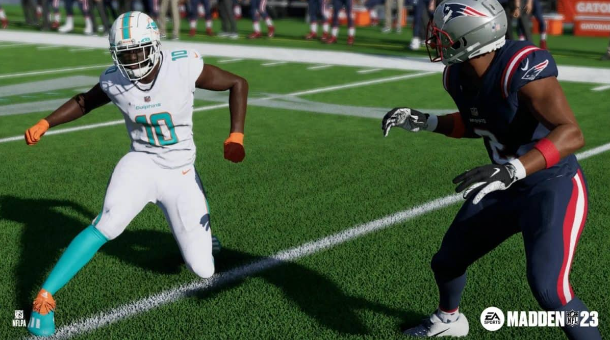 EA Sports is already ramping up the hype for the latest version of the top-rated American football game. Madden NFL 23 release dates and trailers have been revealed.

Every year, the fan-favourite American game of football releases a new version around the same time. 2022 will be no exception. The game gained popularity in 1988, and a new version is released each August.

Let’s not waste time discussing Madden 23, including trailers and pricing.

Although it is still quite a while away, EA has enough time to create the hype to launch another Madden NFL game.

Madden NFL 23 beta will close. There is no way to guarantee that you will get the chance to play the new American Football title.

However, code giveaways are a popular way to grab a copy of the content from the top industry creators.

Even better, Madden 23 Beta was extended to June 27. This gives you just a week to get some gaming time.

Madden 23 Beta was initially scheduled to run from Thursday, June 2 (midnight EST) to Monday, June 20 (midnight EST). However, because of popular demand, it was extended.

The Madden23 Beta does not include many of the game’s essential features, such as Franchise mode and MUT (Madden Ultimate Mode).

The Beta is an excellent way to experience FieldSENSE and other major game mechanics.

Here’s everything in Madden 23 Beta.