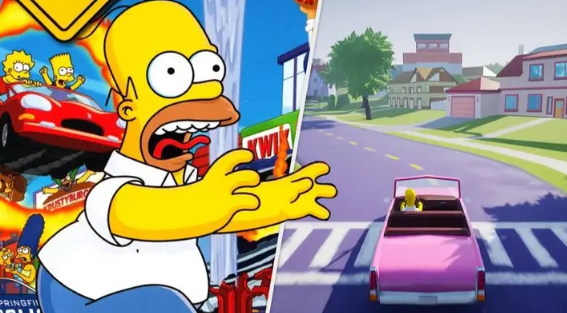 The Simpsons Hit and Run is an amazing video game that gamers of all ages will never forget.

Radical Entertainment, a developer from 2003, released a game that was so original it’s hard to believe it hadn’t been done before: The Simpsons does Grand Theft Auto.

It was easy, but it worked. The sandbox area was open to all players. It had a variety of jokes that were from the original show. These included references to drivable cars and wearable clothes, as well as the actual locations.

You could drive around Springfield in Mr. Plow and Homer’s Mumu if you chose to ignore the story of the alien invasion.

A slew of licensing issues has made The Simpsons Hit And Run unlikely to be made official. One fan, however, has done the impossible and created the remake that we want.

Below is a stunning example of in-development!