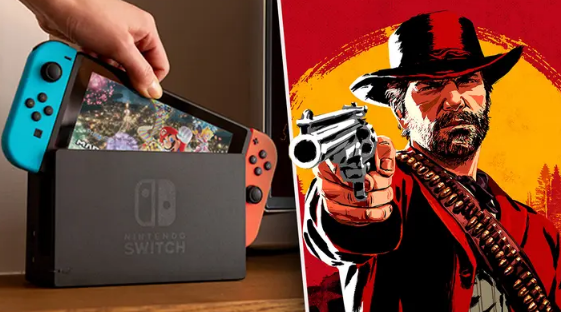 Nintendo was largely quiet throughout this year’s E-3. They have provided updates on Pokémon Violet and Xenoblade Chronicles in recent weeks. However, it has been a while since Nintendo held a full-scale Nintendo Direct.

Rumors that a Nintendo Direct will be held this month have been circulating for some time. Nintendo has not confirmed the rumors, but insiders believe that the showcase will be focused on third-party titles. Recent rumors suggest Red Dead Redemption II may finally make its Nintendo Switch debut.

Nacho Requena, an industry insider, and journalist suggested earlier this week during a Livestream that Nintendo’s rumored Third-Party Showcase will showcase a ported game that is four years old. Requena stated, “I have also been told that there will be another video game available on other platforms… It’s been around for four years.”

Red Dead Redemption II was released for the first time in 2018. This, as you can see, is four years ago. It is very interesting indeed.

It is not the first time Red Dead Redemption 2 was rumored to be a Switch port. Comicbook.com reported that Stephen Totilo, a journalist, had previously revealed that he believed that Red Dead Redemption 2 would be available on Switch. This was also in conjunction with the creation of Grand Theft Auto: The Definitive Trilogy. Totilo must have reliable sources as The Definitive Trilogy wasn’t announced at the time. We’ll need to take it all with a grain of salt, and wait for Nintendo to announce.