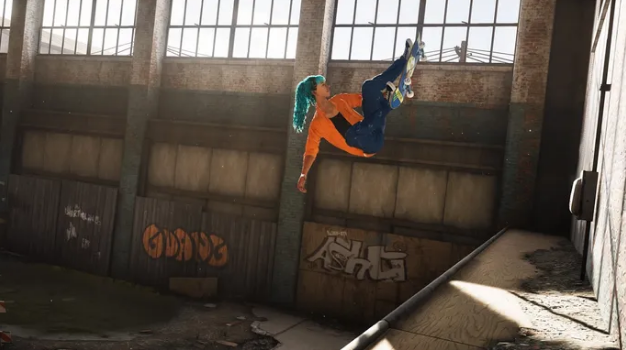 Tony Hawk, everyone’s favourite gnarly dude, has greatly impacted the gaming scene over the years. Many players have spent considerable time bearing his name in the Pro Skater title.

Unfortunately, those who long to return to the skateparks they loved as children in stunning HD haven’t had as many opportunities as they would have liked.

These new details are provided by a Twitch stream that featured Tony Hawk. The birdman also discussed the future of a planned remaster for Pro Skater games 3 and 4.

Talking in a Twitch stream hosted, and this Hawk, said that Pro Skater is at the moment “I wish”, but Vicarious Visions has been disbanded, and Activision is going through their stuff, so I don’t know where to go next.

Hawk spoke out about Pro Skater game 3 and 4, which will be remastered in the same style as the first two. “That was the plan. Up until (Pro Skater 1+2 remastered), we were going three and four. Then Vicarious got kinda absorbed, then (Activision Blizzard), were looking for other developers, and it was over.”

Hawk shared his thoughts on Activision’s attempts to find another studio to produce the game. “They tried to find someone to do 3 or 4, but they couldn’t trust anyone the same way they trusted Vicarious. So they took other pitches, such as “what would you do for the THPS title?” and didn’t like what they heard.

Reactions to the news on social media have seen players grieve the loss of the game, at least for the moment, with Reddit and ResetEra offering forlorn reflections.

In the subreddit r/GamingLeaksAndRumours, user noimdirtydan14 said: “Hopefully, the series gets a deserving reboot when the Microsoft/Activision buyout is complete. THPS 1+2 was a wonderful blast of nostalgia.