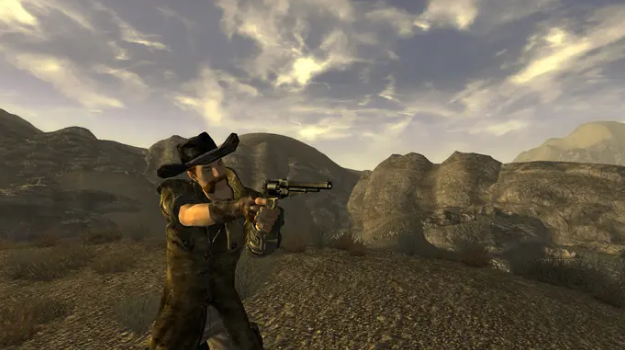 Are you looking to dive back into an Obsidian Entertainment RPG before Pentiment’s release later this year?

If you are looking to make the most of Fallout New Vegas and not lose the nostalgia of your past, but force you to use your muscle memory in new ways that will keep you afloat, then you may be in the right place.

A classic mod that has dominated Nexus Mods’ New Vegas page downloads since 2010, has received an update to make it more competitive with the best the 2022 modding scene has to offer.

New Vegas’ Baddest of the Bad is Just a Minute Away

There have been several changes, including bug fixes and modifications to mod files to make them more efficient on modern hardware. Also, some audio lines were revoiced.

You won’t be able to get the same experience as the original mod. The updated version will still honour its vision.

However, if your save relies on older mods or you play on an older computer, don’t worry. The original mods are still available for download on the Nexus.

No matter which model you choose, it doesn’t matter if you’ve played through it a million times or not. The mod series challenges you to “track down the most evil and vile assortments of outlaws” in the Mojave Wasteland.

These foes can take the form of anything from cannibals or rogue NCR Rangers. They are designed to be a boss-calibre challenge, so make sure you have enough ammunition, practice with your plasma guns, and bring your best super sledge.