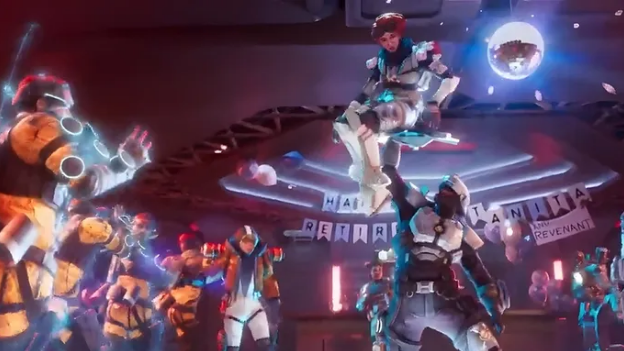 Multiplayer games such as Apex Legends aim to foster camaraderie between players working together. Synergy is often crucial in securing victory after a tough match.

Many find that the relationships they build with the people they share in the trenches will end as soon as the monitors go off. But, a few bonds last longer and eventually lead to players seeking each other out in real-life.

This is what happened to some players recently, and although it isn’t the first, it can still warm the coldest of hearts.

OMGitsSynyster posted a picture of them meeting up in the Apex Legends subreddit. It captioned it: “Met this guy 3 years ago on Apex Legends and decided to continue playing together.” Since then, we have been gaming together. He is from California, and I am from Ohio. But today, we finally met in Hawaii!

Reddit is a place where many users have already started riffing on the idea that the man represents the random players in Apex lobby lobbies. The_profe_061 said: “Bet that random on left hot drops into Hawaii airport. Attempts to 1v3 baggage handlers and then leaves.”

Another joker commented on the choice of meeting place for the pair, saying, “Ah yes, Hawaii, middle ground between Cali & Ohio.”

Many users agreed with OMGitsSynyster that “it’s cool the games can bring people together” and shared their stories of meeting friends through Apex and other games.

User Noktaj, for example, said that he made lasting friendships through gaming. You will ignore 99.999999% of the people you meet online. But sometimes, something happens, and you end up at their weddings fifteen years later.

User Daunt13ss also shared a similar story about a wedding: “Awesome bro. One of my gaming friends was the best man in my wedding!” It brings people from different backgrounds together.

Several users have asked about the third man’s identity in this photo. OMGitsSynyster responded that it was his best friend who does not play Apex but joins in with other games.