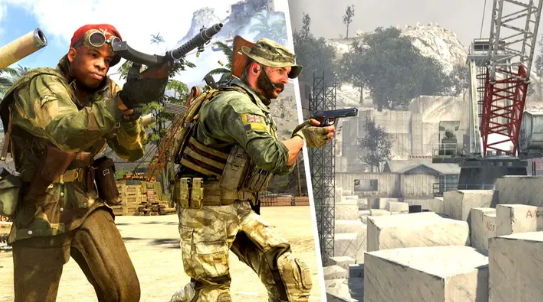 I believe you will have a hard time finding any other game with as much information as the upcoming Call of Duty Warzone sequel.

Official information indicates that the new battle royale is already in development. It will be “groundbreaking”, a “massive evolution” of battle royale, and introduce an “all new playspace” as well as a sandbox.

However, as vague as the official information might seem, we have a wealth of information from trusted insiders. CharlieIntel reported that prominent leaker Tom Henderson revealed that the game will include at least four Modern Warfare II maps (the 2009 version).

Henderson wrote an article in exporter that “As I mentioned in my early November report for Modern Warfare 2 [via VGC], old maps will be returning not only to the core title but also to the Warzone 2map itself,”

The Warzone 2 maps have been updated and expanded as per my original report. Although the final POI [points of interest] names have yet to be determined for the map, I can still outline some of these maps and their locations within Warzone 2.

These maps will be added as POIs. They are Highrise (located at top right), Quarry (at the top left), Terminal, Terminal (found in the bottom right and is “one the three locations on the map that has a large stronghold”), and Afghan (towards the middle). Henderson said that there might be more POI locations, including Modern Warfare 2 maps. One of these is called “Mountain Town”, which could contain Favela.

If you are curious about what the leaker was referring to when he said one of the locations had a “large strengthhold”, that’s, which is a new feature in loadouts. YouTuber NerosCinema said that Loadouts will still be part of the game, but will be held behind “strongholds”. This means that you will need to complete a Stronghold to earn your loadout.

Keep in mind, however, that this information is not officially confirmed. However, Tom Henderson has been known for leaking information like this one before. So, as far as insider info goes, there’s a good chance this could be true. We will have to wait and watch.