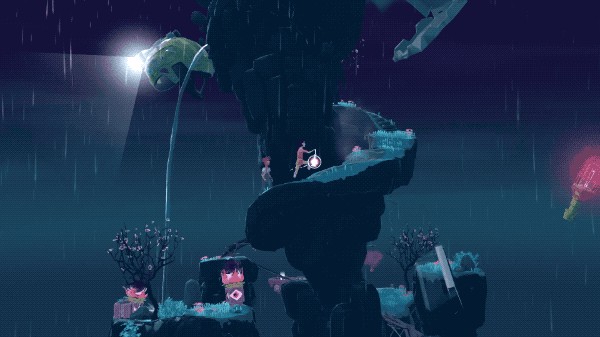 Video games are my favorite. It is lovely to find a game that feels more like a game. Video game narratives enhance this feeling. There are always flaws in any history.

Everyone loves a good story. Seriously. It is refreshing to see a grand narrative that can seamlessly go toe to toe with your favorite movie. Videogame narratives are becoming more dear to our hearts, and it’s no secret. The stories have become more compelling over the years. While it can vary depending on many factors, a good story will add much to the final game’s value. It can also help the developer’s name remain in history for eternity.

To create a game that is a true masterpiece, you must support it with the necessary tools. It is unlikely that a good story by itself will make it. These tools include how you tell the story. Do you prefer drama or something more casual? Do you choose a more solid level? Or a more flexible one? It’s up to you.

Video games have a distinct storytelling style from movies. Video games can immerse the player in a story far more than movies to viewers. You might be wondering why? You are usually the protagonist in the film. However, in video games, you will usually be the antagonist (or the protagonist). As you watch, the events unfold before your eyes.

You will be affected by the consequences of your failure (and likely get taunted until you recover). It was evident that video games have the necessary tools and resources to immerse players. On the other hand, movies require more resources and time to maintain the same immersion level as video games.

Naughty Dog is the best at immersion. The studio has mastered immersion from the Uncharted Series to The Last of Us series. This brings us to the question: is immersion enough to create a compelling story? Let’s start by discussing The last of Us: Part II…

THE LAST OF US: Part II

Dear reader, I know you are tired of the ” Part II bad” media. But, bear with me. I promise you that you will be able to add 222 brain cells to your giant gamer brain.

Although the gameplay was unchanged, The Last of Us Part II‘s narrative is entirely different. This is due to various reasons that Naughty Dog cannot excuse. Naughty Dog’s team chose to tackle the topic of revenge in the worst way possible. The game is also very disconnected from the story and gameplay.

Throughout the main story, Ellie seeks revenge on Joel’s gruesome murder by Abby. At. All. Costs. This means that Ellie doesn’t care if Abby is on her way to Abby with 200, 300, or 600 people. She will kill them all to seek redemption for her father figure during the events of both games. After committing vengeful, negligent killings of hundreds of people, including pregnant ones, Ellie decides that Abby’s death is not the right decision.

Ludonarrative dissonance refers to when the game’s mechanics are not clear enough. It is supposed to be about the cycle of violence and how destructive revenge can be. It becomes difficult to combine it with the gameplay. Naughty Dog encourages you to stab and shoot people and swear at them for the game’s progress. The developer chose to make the game less narrative-rich, but it was his choice.

Did I mention the pacing? You play as Ellie after Joel’s passing. Your primary goal is to “Kill Abby.” You discover Abby isn’t so bad. Do you remember Joel killing Abby in the first game? Abby is Joel’s daughter. Joel was killed, and Abby decided to revenge on her father. Your primary objective is to “Kill Ellie.” If you do this, it will be a game over screen. If you switch back to Ellie after killing Abby, you can still not sympathize with her. This is also a game-over screen.

Although you may feel like you have some control, the game is not your only option. Are you aware of the differences between a movie and a video game? Here you go. Some games, like Detroit, are more interactive than others. Detroit is a typical game that gives you an objective. If you fail to complete the purpose, you will get a cutscene or a game over. However, the Last of Us: Part 2 says that you only fail if you achieve your objective. Perhaps that’s part of the game’s aesthetic: you die when you try to get revenge. If they had made alternative endings, I would have loved that.

HOW DO YOU FORCE A PLAYER TO MAKE THE RIGHT CHOICES?

Batman Arkham City gives you the option to save Batman or escape Arkham City with your loot. The credits begin with Oracle’s terrified voice announcing that Bruce Wayne has been killed. Bruce Wayne is the Batman, so he’s your friend if you don’t know him. Your brain may explode from the amount of information in this article. But, don’t worry.

The credits roll, and the time returns to when Rocksteady offered you a choice. He forced you to save Batman. Can you see the difference? This. This is the way to force the player to make the right choice. It was interesting to see something like this happen in The Final of Us: Part 2. The last of us: Part II is a disappointingly average game.

While I think the game is a timeless masterpiece, and it’s easy to attack it like shooting myself in the head, there’s no denying that its fantastic narrative has caused some problems. How?

The game can sometimes get boring, one of its most popular aspects. Rockstar begins the chapter by introducing you to the Dutch Van Der Linde Gang. After the ferry job, things don’t go as planned for them. The first chapter of the game can be described in three words: “Riding.” Walking. You can also listen to the game for the rest of it, but only the first chapter has these words.

You have to ride and walk at the same speed as the other gang members. Dutch, for instance, might suddenly stop abruptly. Horses, however, now have power brakes. Grand Theft Auto V doesn’t allow you to walk with Reverend. I know that it’s not gentle for Arthur to run while Reverend walks.

It was a strange feeling that Rockstar tried to squeeze as much dialogue into his ride between A and B and back from A to B. I didn’t feel bored listening to the conversations. I was hungry for every bit of content Rockstar tried to push down my tiny brain. Red Dead Redemption II was another thing that I found irritating.

ROCKSTAR HAS A PLAN!

Rockstar Games are known for creating immersive and unique open-world games. Since Grand Theft Auto 3, their Open Worlds have not aged one second. They all still exude an unparalleled sense of freedom, realism, and authenticity. Rockstar decided to make their stories more natural, and so the open-worlds developed more linear missions since Grand Theft Auto IV.

It is the least we can say about Red Dead Redemption 2 that the linear mission design is at its peak. You know that it’s not always a good thing. Rockstar Games has a plan, and they don’t want to let it go. Many missions in the game are scripted. It is, however, understandable in tasks such as “Blood Feuds, Ancient and Modern,” where you join the gang to rescue Jack, John Marston’s only son, from Braithwaites, who previously kidnapped his father. It is less evident in train theft, where players can approach their scores in unique ways that may affect the story.

The video game narrative can make it difficult to enjoy its random events.

This might sound like a negative opinion, but Batman: Arkham Knight, I believe, is the best series. It’s not the most excellent series, but it is the best. Batman Arkham City, but this game is very dear to my heart. It may have something to do with Scarecrow being the Batman villain I love most. It’s not my intention to brag, but I think a Batman Horror movie with Scarecrow in the lead is a missed chance. Rocksteady did a great job with his design, speeches, and almost everything else.

It served as the ultimate representation of Batman’s inner and outer conflicts and subsequent resolutions. Both endings are extraordinary and captivating, however. Despite all this, the game is not without its flaws.

It is challenging to create a new character, especially an antagonist. The problem with the Arkham Knight’s story is that Rocksteady made him “Batman: The Baddie” rather than creating a compelling storyline for him. He says it constantly,

Did I mention how ridiculously cheesy the dialogue was? Joker’s dialogue was appropriate because of his manic/psychopathic nature. Scarecrow’s conversation was reasonable due to his megalomanic nature. He must be starved to see Batman drown in his worst fears only to feel the true power. The Arkham Knight’s dialogue is so dull compared to others. His tragic past makes it difficult for him to have so much character in his dialog. This ties me to my next point…

Jason Todd, huh. After all the research by Alfred, it’s one of the robins. It’s not any of the robins, and it’s the Fallen Robin. This reveal was not as significant because of multiple reasons. The first is that we have never seen the Red Hood in the series. There’s no other character in Batman’s collection that could be Arkham Knight except the Red Hood. He knew what Batman was like in his past.

A grand narrative is essential to creating a game. For most melancholic games, you don’t necessarily need a dramatic history. Mastering the art of writing video game narratives is necessary. You need to understand how to create a compelling story and a message for video games. A great story can be reconstructed and cherished in a lifetime of masterpieces. Your account is only as good as its tells. It’s all about using cinematography, animations, and gameplay to enhance your story. It’s about immersing your player in action, making him think and reflect on the world of 0s, 1s, and a few thousand lines of code.