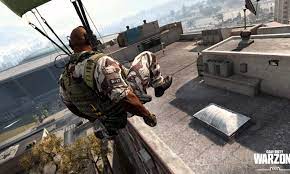 Activision continues to fight cheaters in Warzone. Despite Ricochet anti-cheat’s arrival, players claim that hackers are increasing in order to gain unfair advantage.

Season 2 Reloaded is on the horizon and the publisher has taken further action to stop the problem from getting worse. Many members of the community complain that they are constantly confronted with an aimbot or wallhack in every match.

Activision announced that it has banned 90K accounts as part of its latest anti-cheating crackdown.

To the delight of the Warzone community, the Warzone publisher shared the news via Twitter. Cheating isn’t just affecting casual players. Many pro players were accused of cheating in a recent tournament.

While some players were happy to see another round of bans, others shared recent clips of hackers getting around the net. Ricochet ” must have missed this guy”, one player claimed, who was able to lock onto a target without knowing they were nearby.

Are Hackers Coming to Warzone?

It’s difficult to eliminate all cheating from Warzone even with a dedicated anti-cheat. Ricochet’s team will continue to develop new hacks to fight cheaters, but it will take some time.