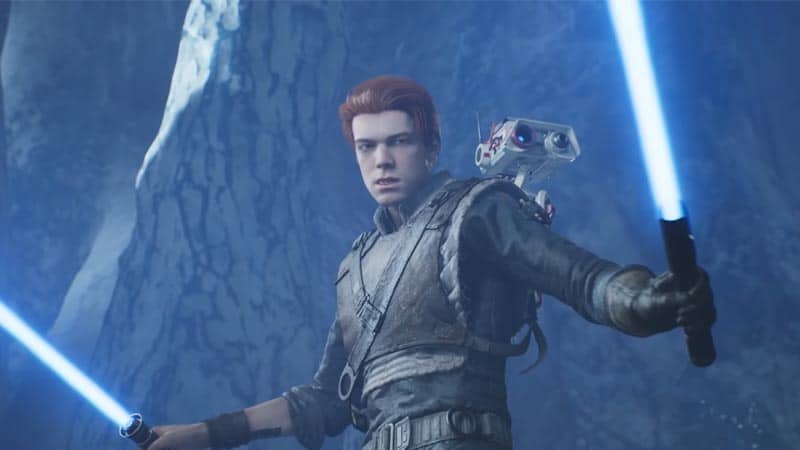 It seemed safe to assume that Respawn would be working on another Star Wars title since given all the praise for 2019’s Jedi Fallen Order. Surprisingly, they have been working on three games! Respawn is working with EA on a Star Wars FPS game and a strategy game. These titles will be released along with the Jedi Fallen Order successor.

Respawn’s first Star Wars video game will be Jedi Fallen Order’s sequel. Fans who loved Respawn’s bold take on the Star Wars Universe will be thrilled to hear this news. Fallen Order provided more information about the period immediately following the devastation of Order 66. It featured exciting lightsaber gameplay and rich and varied environments that were fun to explore. It also featured a dynamic and exciting cast. Fallen Order explored the grey zones between the light side and dark side, bringing to mind Obsidian’s famous efforts in Knights of The Old Republic 2. Many fans hope that the sequel will embrace these elements, often overlooked in the main series. Although these details are not yet precise, Cal Kestis’ next adventure will have a significant impact on fans.

Respawn’s FPS heritage is unmatched. It will be interesting to see what they can do in the Star Wars Sandbox. EA’s unpopular monetization practices have cast a shadow over the new Star Wars Battlefront. Dice’s latest Battlefield effort has received poor reviews. It may be time to leave the Battlefront franchise temporarily. Respawn is the best way to prove that there is a market for multiple Star Wars FPS gaming titles at once. There is also the possibility that the game could be single-player only, as in Star Wars Republic Commando. It wouldn’t surprise that EA would ask Respawn to concentrate on this area, given how highly acclaimed their Titanfall2 single-player campaign is.

This game will not be developed by Respawn, unlike the other entries. It will instead be developed in partnership with Bit Reactor, a new studio founded by Ex-Firaxis developers. This is a piece of excellent news for the project as Firaxis’ most recognizable titles are the XCOM series. XCOM is a game that strategy enthusiasts love almost as much as. XCOM and XCOM 2’s mixture of exquisite alien design and salvaged SciFi scrap are an aesthetic combination that is well suited to Star Wars. Bit Reactor’s design expertise and experience will be a great asset to this project.

Vince Zampella, the founder of Respawn, will be taking over direct supervision of EA’s ongoing Star Wars partnership. Zampella stated in a press release that “We are huge Star Wars fans and we are thrilled with Lucasfilm Games to create new titles.” “If you want great Star Wars games, then you should join us on this journey.”

Respawn seems to have Star Wars in their future line-up. After years of receiving mediocre titles from other EA studios, it is a relief that the Galaxy far, distant is now in safe hands.