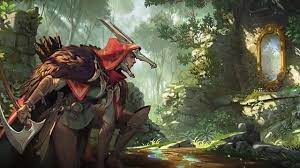 Blizzard has announced that they are developing a new game series for the first time in six years. Although factual information is not available, the essential details are here.

Completely formed or just the beginning?

First, it’s not as if Blizzard is ready to release a new game right now. The development process may be just beginning. Blizzard has been battered by the recent scandal of misconduct and departures of staff. This property appears to be a way to attract developers to the company.

“Create new universes with us” is the job description on the Blizzard website. “Blizzard embarks on its next quest. We’re going on a quest to find a new world, where we will be able to play a brand-new survival video game for PC and console. We are going to a place where many heroes are to be found, stories to be told, and new adventures to be had. There is so much more to explore.

According to what we can gather, this is Blizzard’s move in a new direction. This is a departure from the previous offerings by Blizzard. Perhaps this is the right time for the company’s new initiative. The job posting shows a hunter and robed man looking at a mysterious entrance. This could be Blizzard returning to fantasy. This could be the perfect boost for the company when World of Warcraft is struggling.

Is all this a clever ploy to distract from the company’s ongoing problems? This is a clever announcement. Blizzard wants to capitalize on the momentum created by the Microsoft acquisition. A new franchise can help Blizzard build on the momentum of its ‘Blizzard is going back to redeem itself’ story.

The disgraceful actions of key staff members have ruined the reputations of beloved Blizzard franchises such as Overwatch, Diablo, and World of Warcraft. Fans sometimes find it difficult to reconcile their love for the games with the actions taken by those who made them. It is a great time to create something new and give opportunities to overlooked workers.