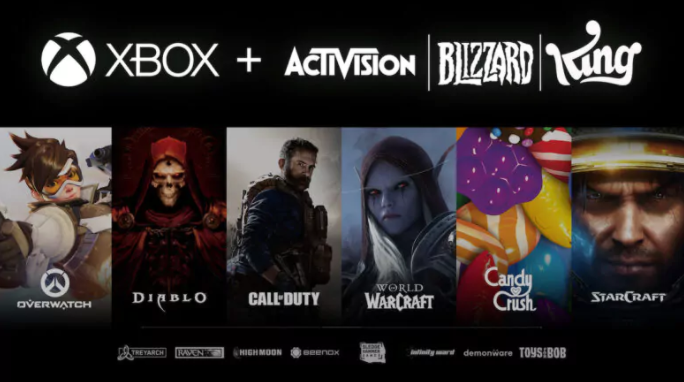 MICROSOFT TO ACQUIRE THE ACTIVISION BIZZARD

MICROSOFT TO ACQUIRE THE ACTIVISION BLIZZARD

Microsoft announced it would acquire Activision Blizzard in a surprising turn of events. Microsoft is about to receive Activision Blizzard behind such huge titles as World of Warcraft and Overwatch. Bethesda merged with Xbox last year, announcing new titles like Starfield and legendary ones such as The Elder Scrolls as Xbox exclusives.

This is massive news for Xbox and Activision Blizzard, especially given that Blizzard’s last year was terrible. The revelations about its mistreatment of female workers and the details about its poor management. It wasn’t looking good. During all this, they had the unwelcome news that their long-awaited sequels Overwatch 2 were delayed, and Diablo IV was on hold.

Microsoft welcoming Blizzard into their arms is a great move for their future together. Microsoft stressed its belief in respecting everyone and treating them equally to create the best content. They also felt the need to emphasize inclusion, as they believe it is crucial for employees and players.

No announcements regarding exclusivity have been made yet. It is not clear if Overwatch2 titles will be Xbox exclusives soon. However, it is possible after what happened with The Elder Scrolls VI. Xbox has once again made deals to strengthen its team. The value is getting sweeter by the day with Cloud Gaming, Game Pass, and Play Anywhere.

What did you think about the announcement? Do you look forward to a future in which Microsoft and Activision Blizzard collaborate?

MICROSOFT TO ACQUIRE THE ACTIVISION BIZZARD