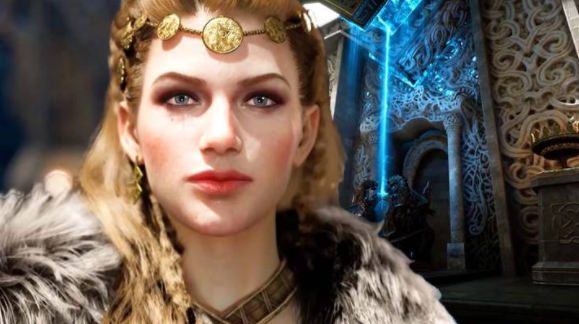 Unreal Engine 5, as we all know, can create some truly stunning looking games. To see some fan-made Skyrim remakes, you only need to glance. Some of them are even better than The Elder Scrolls VI.

It’s easy to see why Legend Of YMIR looks so amazing. WE MADE, a South Korean game development team, is developing it. They also developed the MMORPG series The Legend of Mir. This tech demo from the team gives us our first glimpse at the game’s potential.

The legend of YMIR will take The Legend of MIR series’ worldview and add a Northern European twist. It will also recreate MIR’s story in a fantasy setting. The gameplay will be very similar to the MIR series’, focusing on PVP siege fights. However, we have not seen it in action.

Although we don’t have much information about the story, we know that it includes Brynhildr, a gentle, strong woman who is also the heir to King. Although she seems to have a tragic backstory, there aren’t any details.

Her sad backstory may be that she is from a game that supports NFTs. This will undoubtedly be a big win for players or a dealbreaker for them, depending on how they feel about it. It’s hard to find someone who is completely neutral about them. It shouldn’t be surprising that The Legend of MIR 4 supports them. This allows players to tokenize their characters and trade or sell them as NFTs. Although I am confused, I know that this probably means something for someone. Please excuse me. I need to get rid of the expensive JPEGs before my brain explodes.