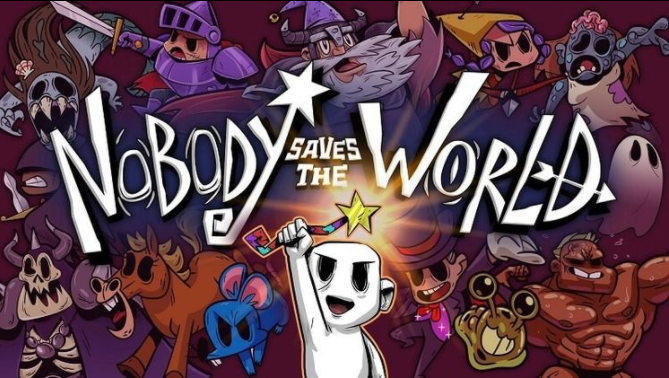 Guacamelee! developer DrinkBox Studios announced that Nobody Saves the World has been delayed to January 18.

Nobody Saves the World is a new take on the action-RPG genre. You play the role of Nobody and must stop The Calamity from happening. Also, you have to find Nostramagus. It would help if you harnessed the power of more than 15 forms. Each form has its mechanics and ability that you can combine to create some pretty bizarre builds.

You can choose from a Horse with great archery skills, an Egg with trailing slime and fireball-smiling abilities, or a robot that can fire missiles at your opponent. You can unlock new abilities and increase your power by completing quests for each form.

Nobody Saves the World gives you the freedom to choose your form and build. You can also decide which parts of the overworld you want to explore.

The game’s procedurally generated Dungeons become more difficult and complex as you progress. Additionally, the New Game+ mode adds new difficulty modifiers. Online co-op allows you to try your luck at avoiding disaster either by yourself or with a friend.

You can see that Nobody Saves the World’s release date trailer is embedded below. This will likely bring some DrinkBox Studios’ quirky humour to an otherwise quiet month. The game will be available for purchase on January 18 via Steam, Xbox Series X/S and Xbox One.