Star Citizen Alpha 3.16 is out – Final update for the year of the king of crowdfunding

Star Citizen Alpha 3.16 is out – Final update for the year of the king of crowdfunding.

Star Citizen has had a busy year, even though it is still in Alpha. With just over a week until the end, we will be getting Alpha version 3.16 along with a new event based on Jumptown’s PvP event.

Monickered “Return to Jumptown” (the clue is in our name guess)

Star Citizen Alpha 3.16: Return To Jumptown is an event that launches today. It’s a dynamic server-wide event inspired by Jumptown, the fan-favorite PvP game. This version of Jumptown will see criminal and law enforcement factions clash in large-scale skirmishes to control a huge amount of illegal narcotics. Expect chaos shoot-outs and daring escapes in new and familiar locations.

Chris Roberts, Star Citizen Creative Director, stated that 2021 was another great year for Star Citizen and our community. He is excited to close the year with an explosive Dynamic Event in Alpha3.16: Return To Jumptown.

“Long-term players will always remember the PvP Jumptown battles in the early days of Persistent Universe. Jumptown 2.0 will be inspired by the excitement of the original event and promises to bring the large-scale battles that Star Citizen deserves.

“To top it all, we’re also adding major improvements to hover vehicles handling, a Cutlass Steel dropship and some more surprises for our gamers today in 3.16.0.”

The Star Citizen Return to Jump down event launches simultaneously with the Alpha 3.16 patch at 10 AM PST.

In the Alpha 3.16 patch, we’ll see a reworked Grav-Lev Physics, the Drake Cutlass Steel Dropship, and new bounties on the largest planets in the galaxy. This update will go live today, along with the Return to Jumptown event.

The next patch – 3.6.1 – will be released at the end of January, ahead of the 3.17 patch. It will include additional enhancements:

Star Citizen Alpha 3.16 is out – Final update for the year of the king of crowdfunding 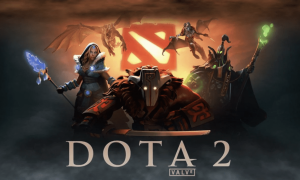