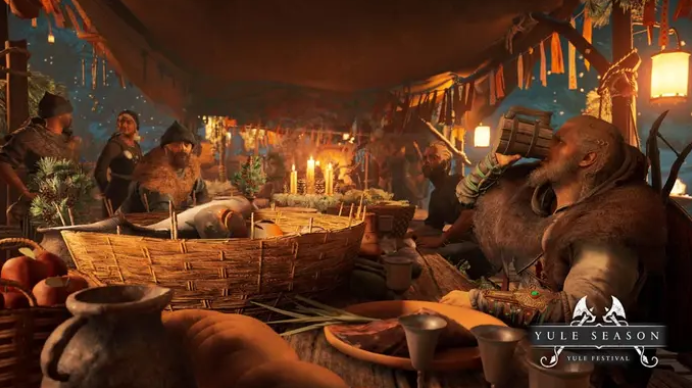 This year, the Assassin’s CreedValhalla Yule Fest will last a lot longer. Limited edition items can be earned by participating in activities. This is the same as last year. Ubisoft, however, announced that the event would continue for an extended time due to the difficulties players are having while playing it.

VGC reported that Ubisoft announced the news on Twitter. They stated that they would “bring this fix on January 1st due to the holiday season.”

They stated that they are working to solve the problem that prevents players from accessing Yule Festival.

Other than the Yule Festival at Valhalla, there is also new content for Assassin’s Creed overall. This includes the Valhalla and Odyssey cross-over story DLC. The much-anticipated expansion Dawn of Ragnarok will be available in the game in March 2022.

Assassin’s Creed Valhalla can be played on PS4, PS5, Xbox One, and Xbox Series X/S. Keep following us to receive more gaming news and updates.