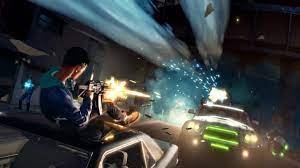 Volition Games revealed some gameplay details for the upcoming reboot to the Saints Row franchise. Although there were many concerns when the trailer was released back in June, the gameplay of the upcoming game seems to capture the essence and spirit of the original series.

With Saints Row4, the series almost backed itself into a corner because they had blown up the world as part of the plot. Volition knew they had to make a comeback. Fans of the franchise are skeptical, but the new trailer should allay their fears. It seems that the new reboot should feel a lot like Saints Row.

You can see the trailer below.

What do you think about the new Saints Row gameplay? Will the reboot be faithful to the original series’ zany energy and style? Comment below to let us know your thoughts about the new gameplay reveal.