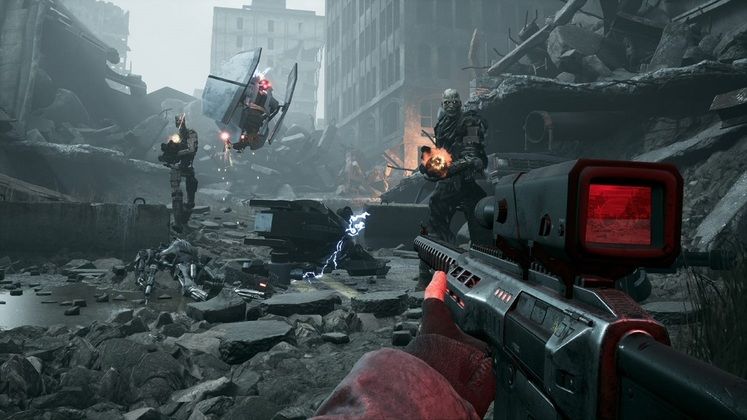 Developer Reef Entertainment has just announced Annihilation Line DLC to Terminator Resistance. Now, they are following up with a double-salvo of gameplay. The first is a brand new gameplay trailer.

The trailer gives a glimpse into the new story in Terminator Resistance’s Skynet-controlled future. It also takes a break from the primary campaign’s story and goes on a journey through the ruins of cities and war fields on the notoriously dangerous frontlines of Skynet.

Jacob Rivers, the game’s protagonist, joins a small group on a suicide mission. And, to tie into the larger Terminator story, Kyle Reese is a member of this crew, long before he gets sent back into time to sire the resistance into existence.

Reef will be showcasing DLC in a Twitch stream life and unedited this Friday, along with the gameplay trailer.

Terminator: Resistance is now available on PC with the Annihilation Line DLC